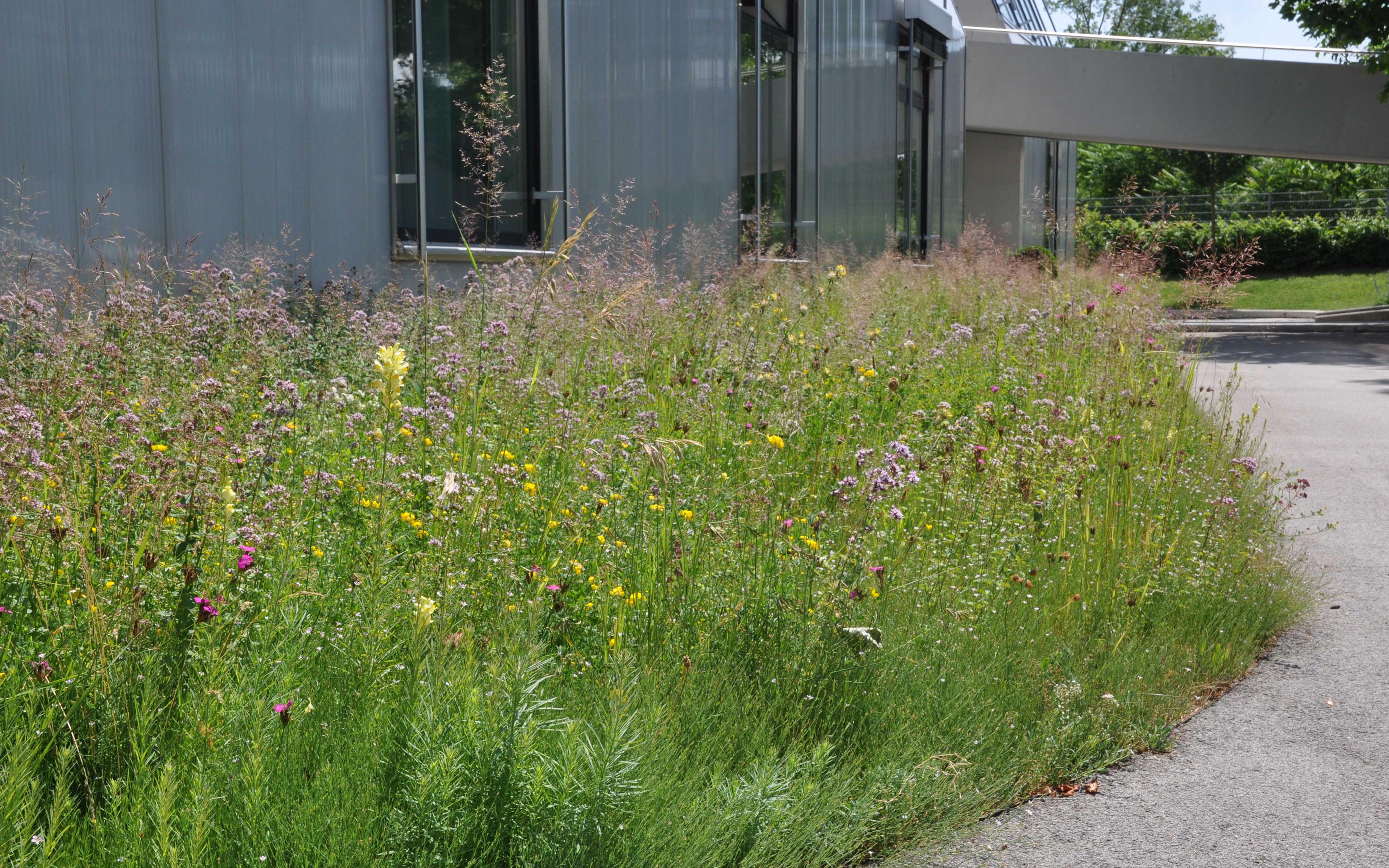 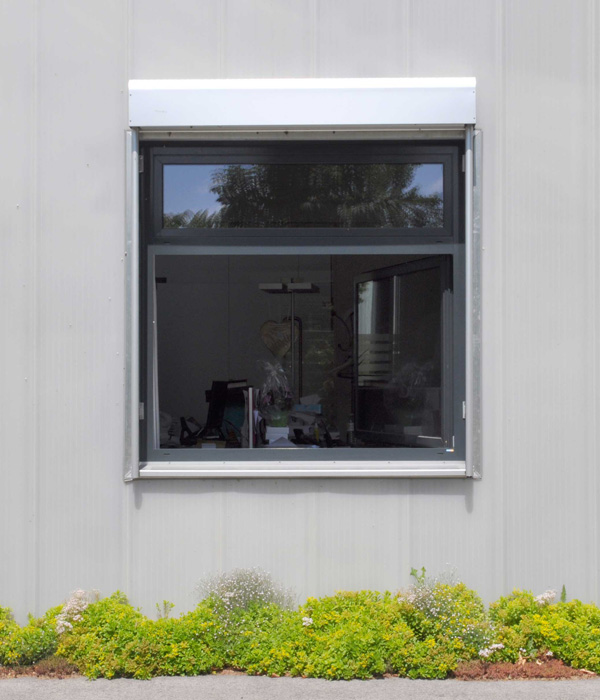 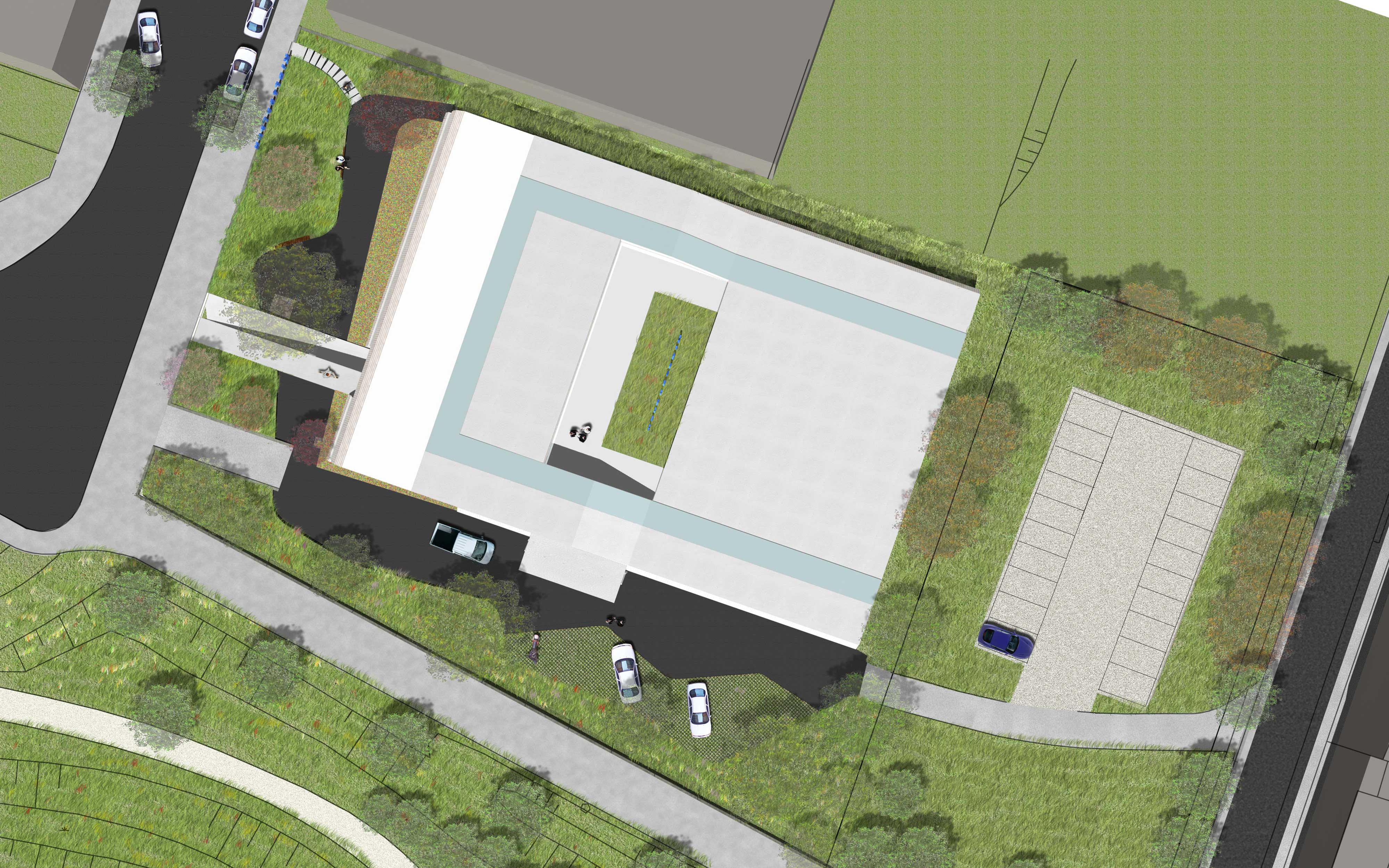 The marketing department of the pharmaceutical company MCM Klosterfrau is situated in an industrial area at the southern fringe of Vienna along the Liesing river. Architectural alterations and additions to the rectangular building include a double ramp connecting the footpath with the ground level and the 1st floor.

The concept for the exterior is to overlay the existing, anonymous surrounding terrain with landscape layers taken from the vicinity and to reflect the formerly untamed meandering river which eventually feeds the Danube. Grassland is pulled into the lower lying asphalt areas around the building resembling pools and paddles from distant floodings in shape.

With a restricted selection of materials – meadow, shrubs and trees, tarmac, sedum-herbs-areas – the company is being represented both in its functionality and in its historic relation with landscape and nature.