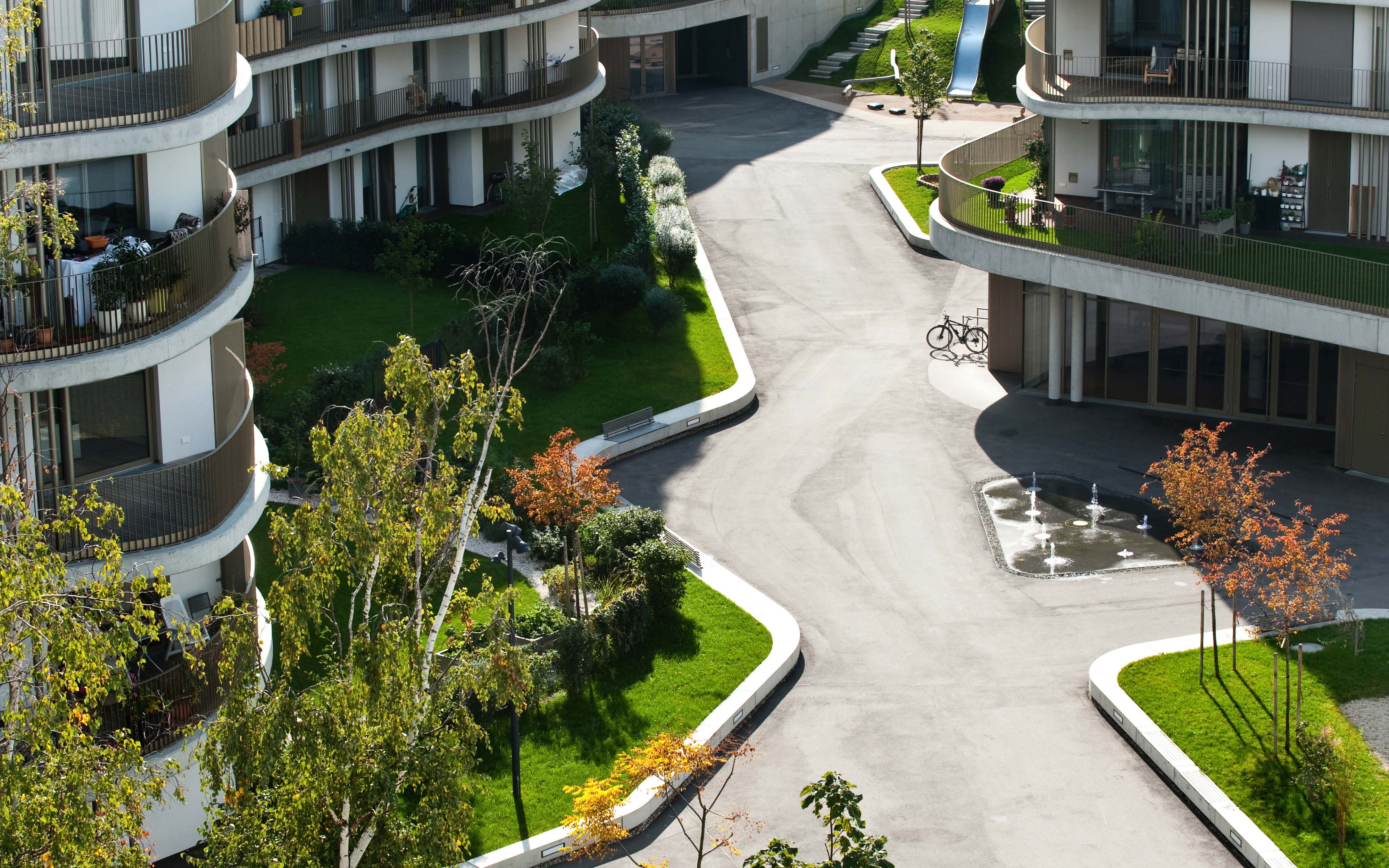 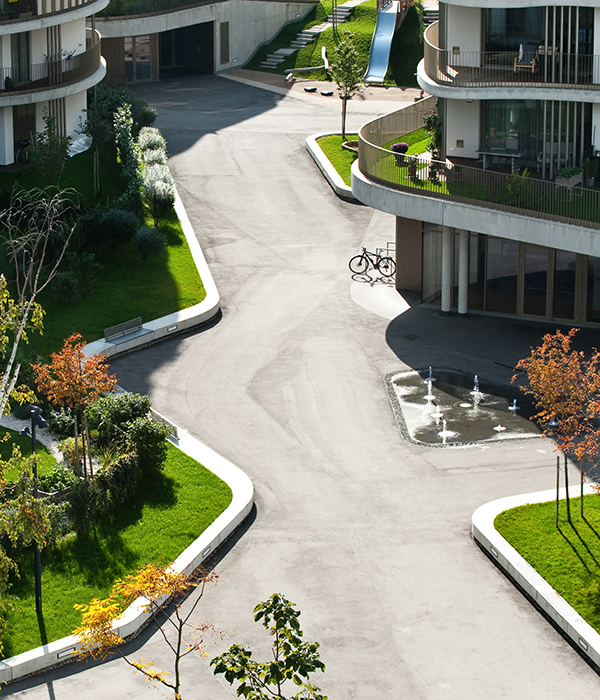 The area of the former film studios Rosenhügel in Vienna is being developed into a new residential quarter, transforming the originally enclosed open space to an accessible park land with several free-standing multi-storey buildings. This layout allows the landscape to permeate the whole site and reconnect with the adjacent parkland and existing urban set out. Various vistas and footpath connections are created enhancing the urban quality of the plot. 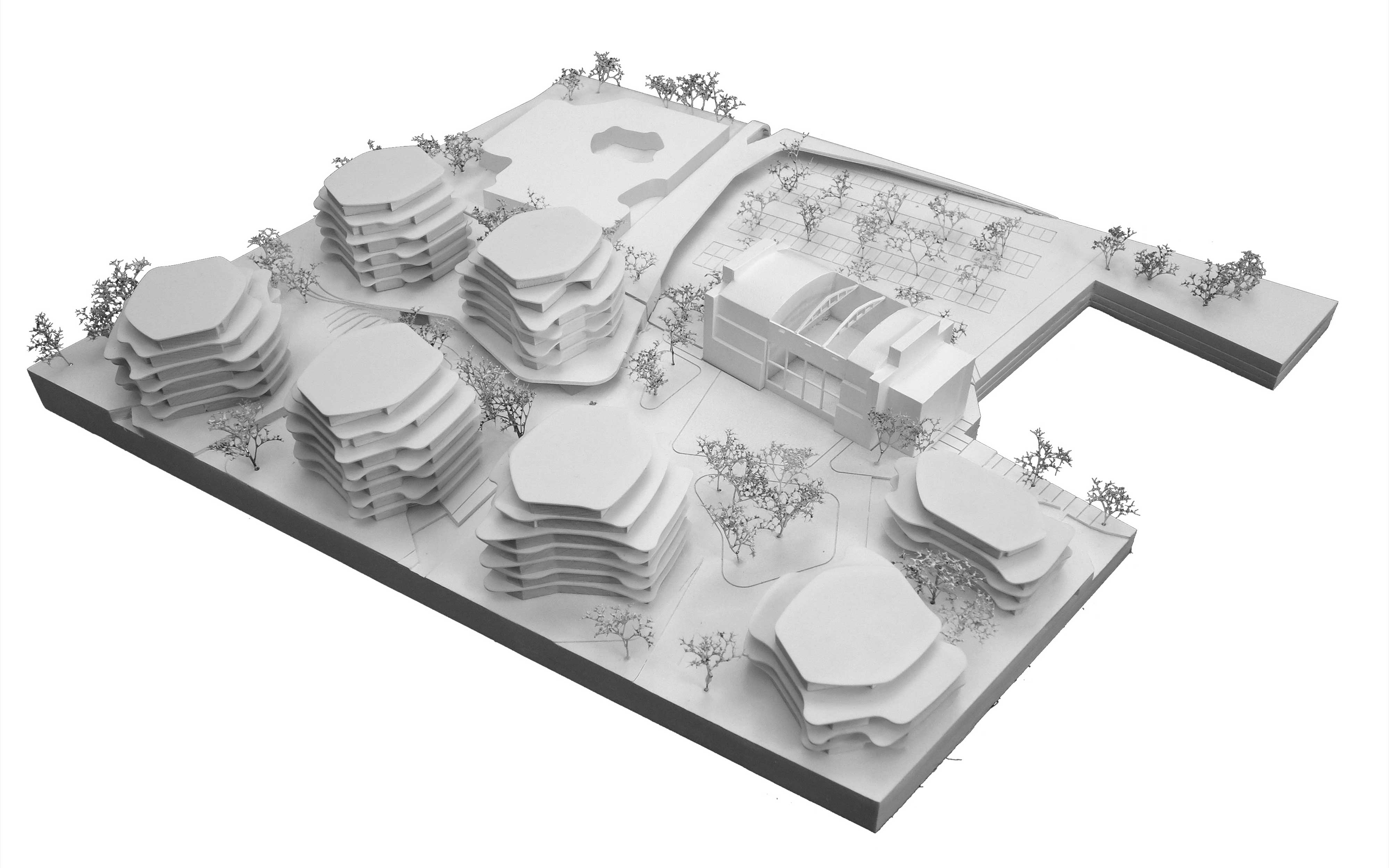 The neighbouring property with its significant terrain gesture plays a major role in the conception of the open space. The future supermarket building is half buried and covered by a landscape layer that creates a breaking edge at the facade of the market. This topographic feature is continued into the new site creating a seamless transition between both sites. The overall location on a mild slope allows the immediate gardens around the buildings to be slightly elevated, staggering public, semi public and private spaces. 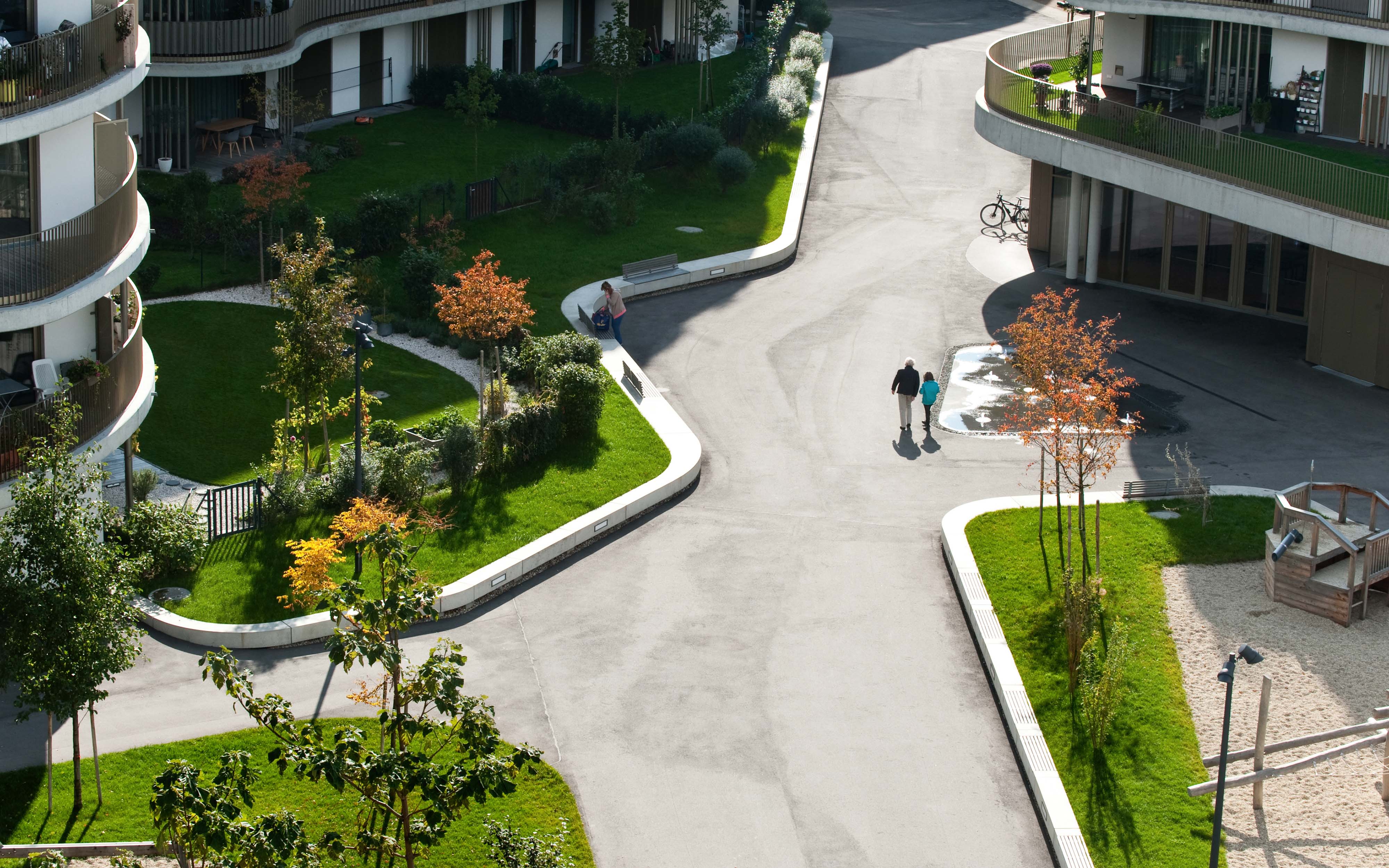 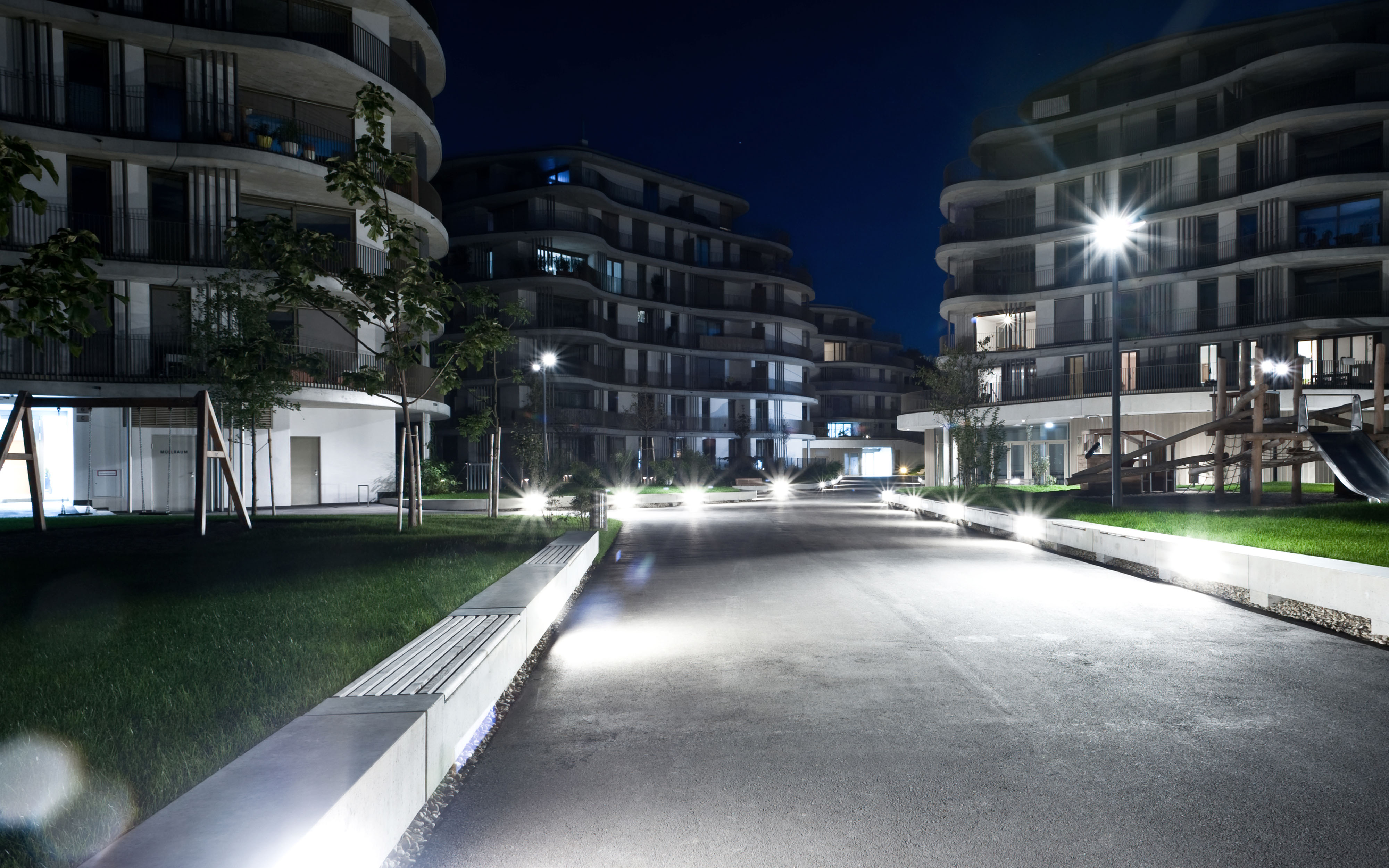 Social facilities are located in the centre of the ensemble of houses, surrounded by residential buildings, the heritage listed film house and a group of large retained trees. Paths, groups of trees and larger sealed surfaces, including play- and water features, develop from there and establish a park like character throughout the site. The spirit of the place as a site of storytelling and staging is reflected by various landscape elements like playground sceneries and in particular, landscape lighting. Spotlighted and backdrop areas are transforming both children and adults into actors of their own stories. 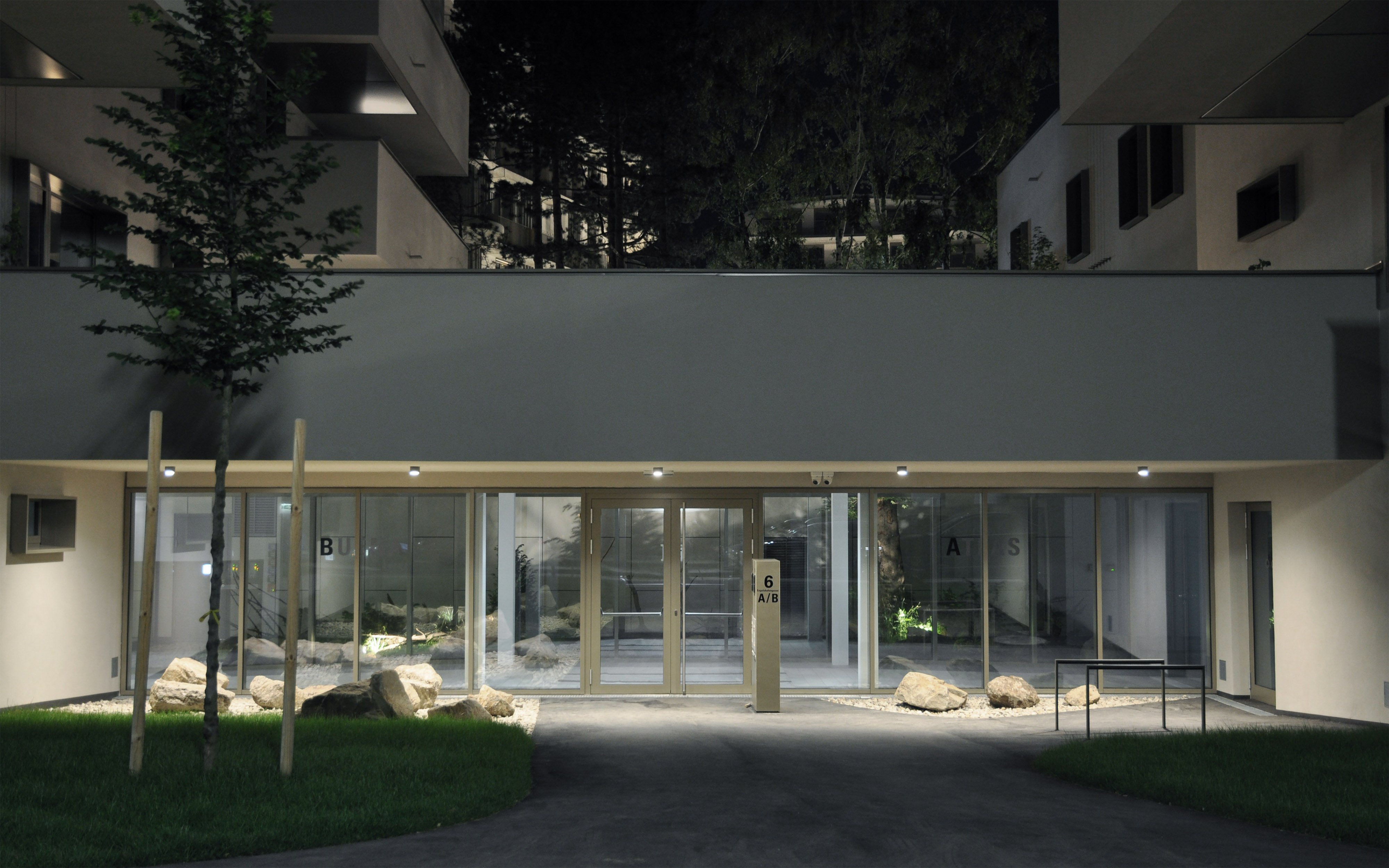 Apart from the overall landscape concept several “theme garden” elements are created: a frame-like green wall at the entrance, a nature-inspired sunken garden inside a coutyard and an intimate sauna garden. 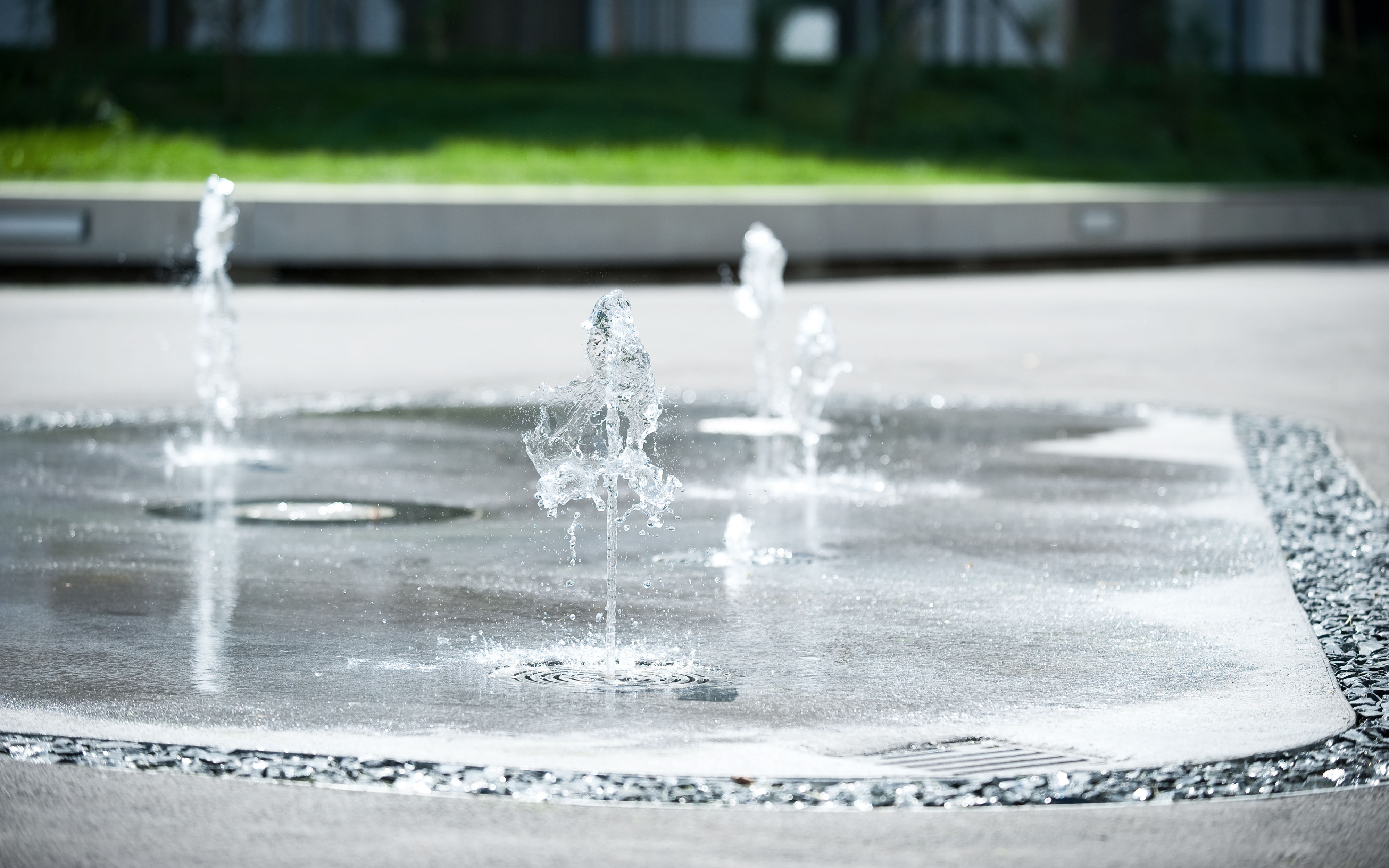 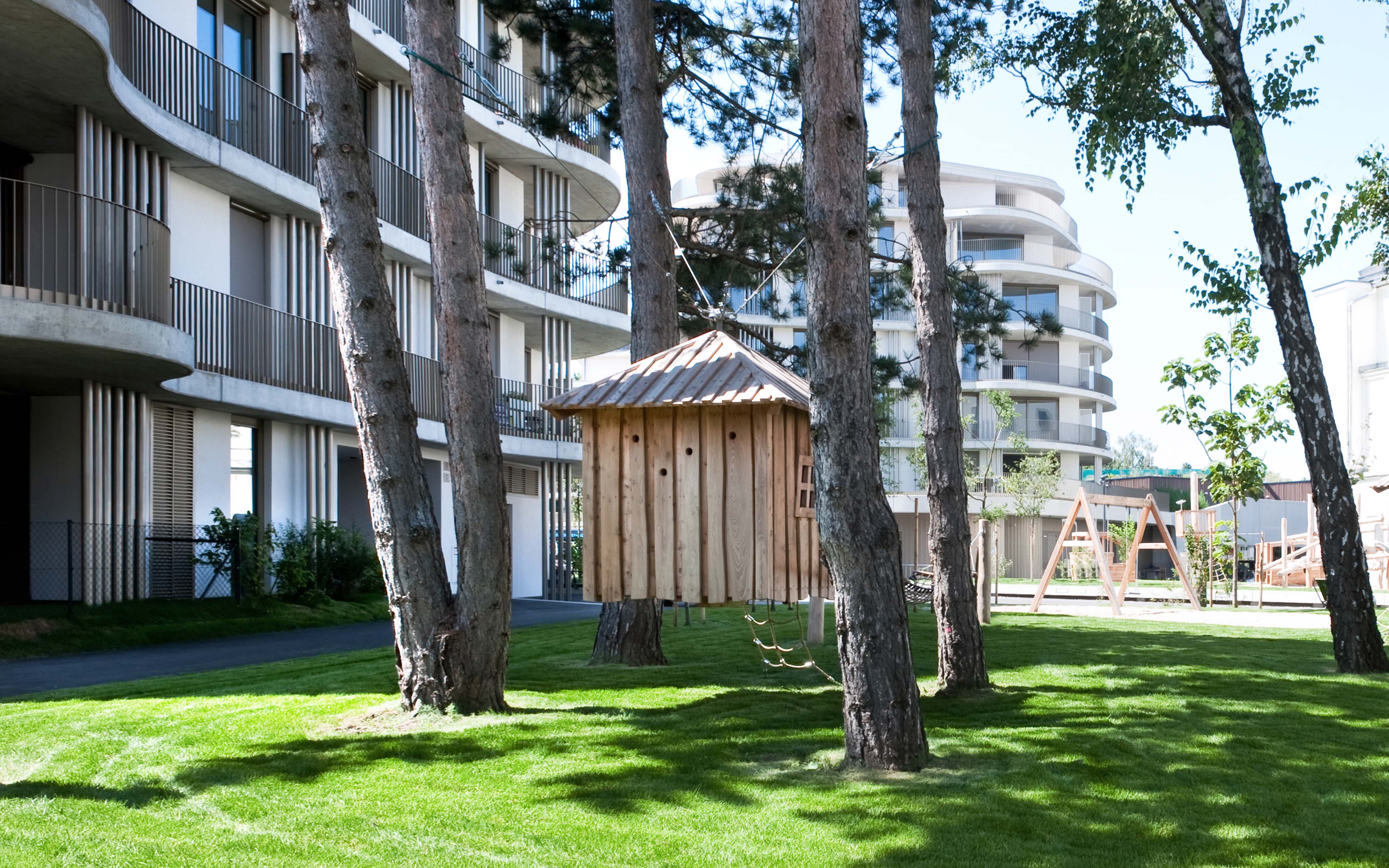 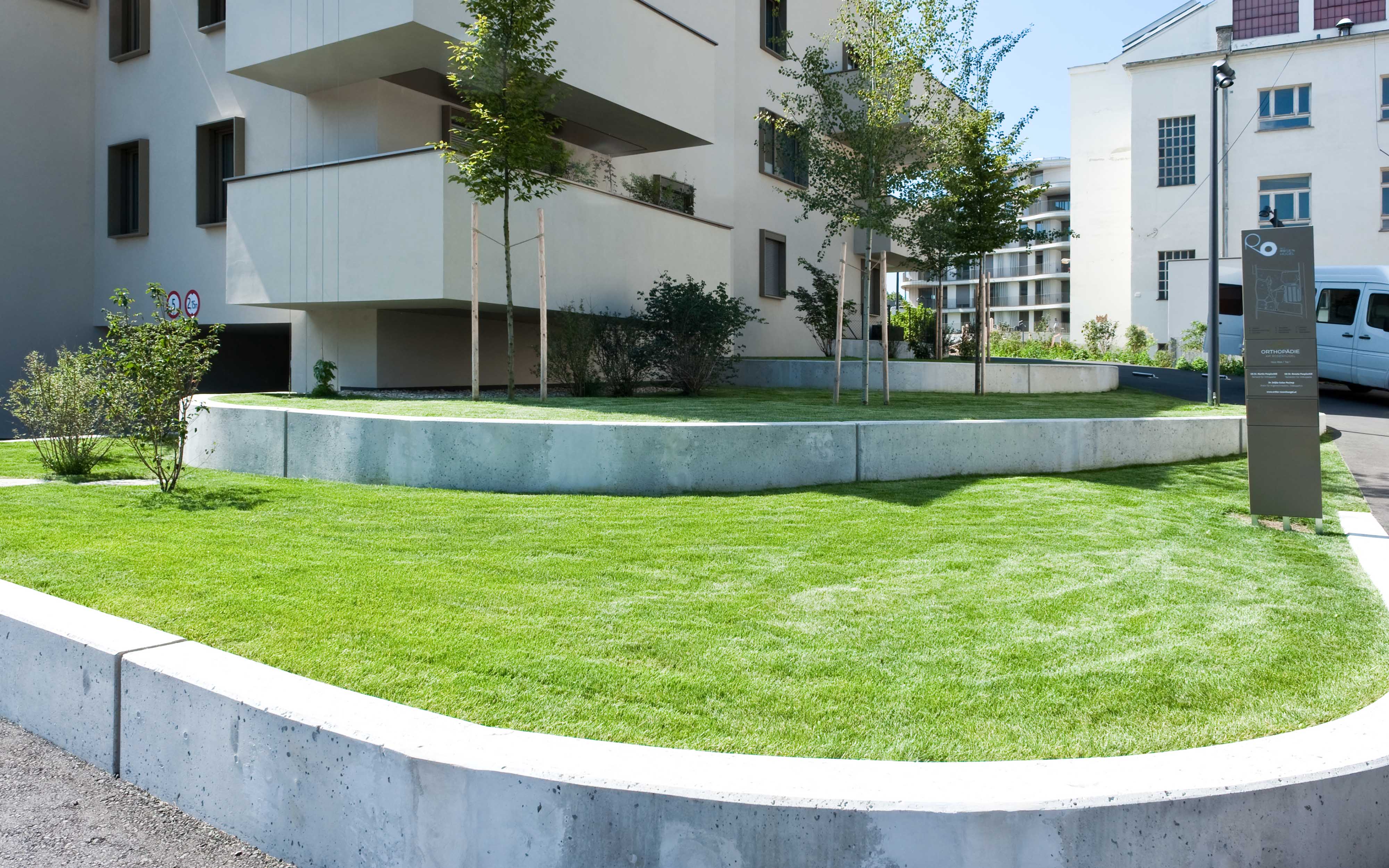 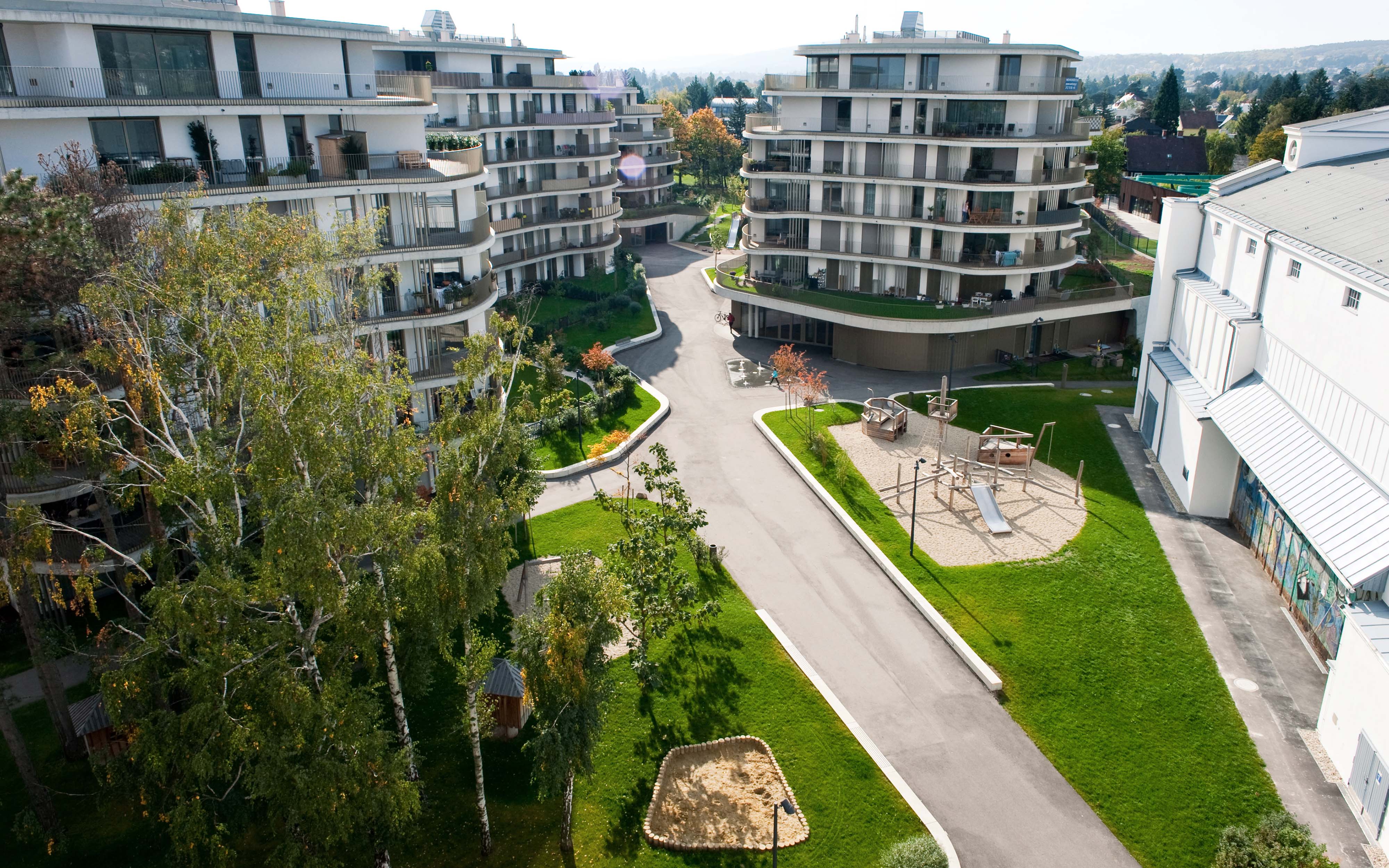