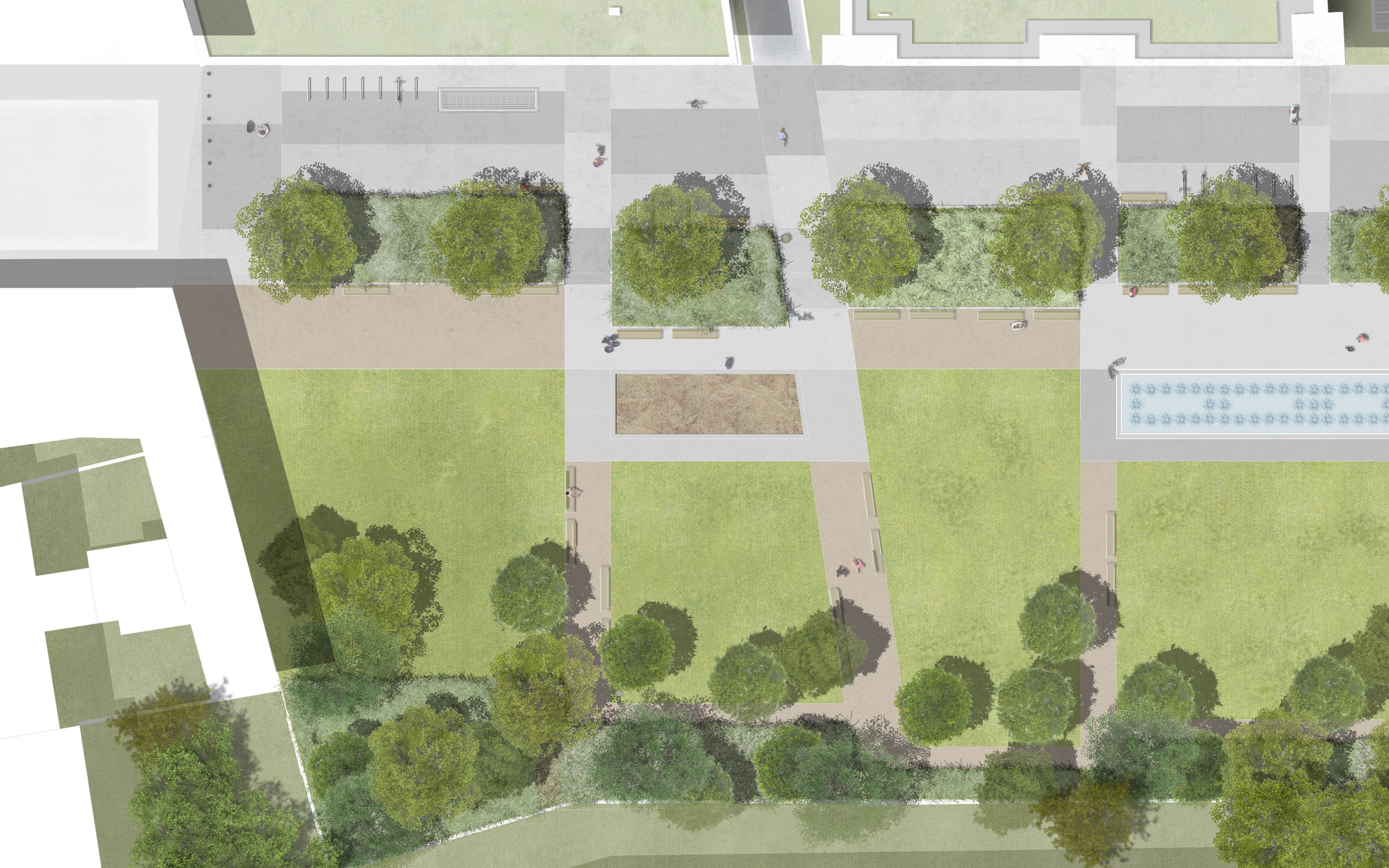 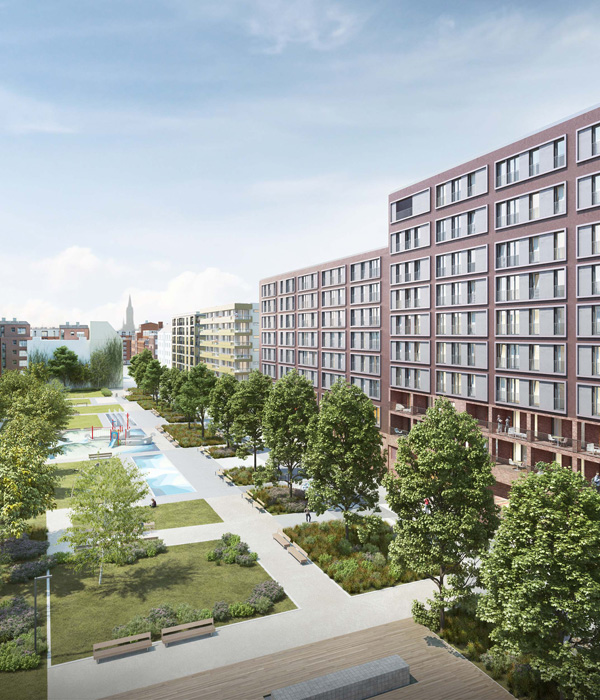 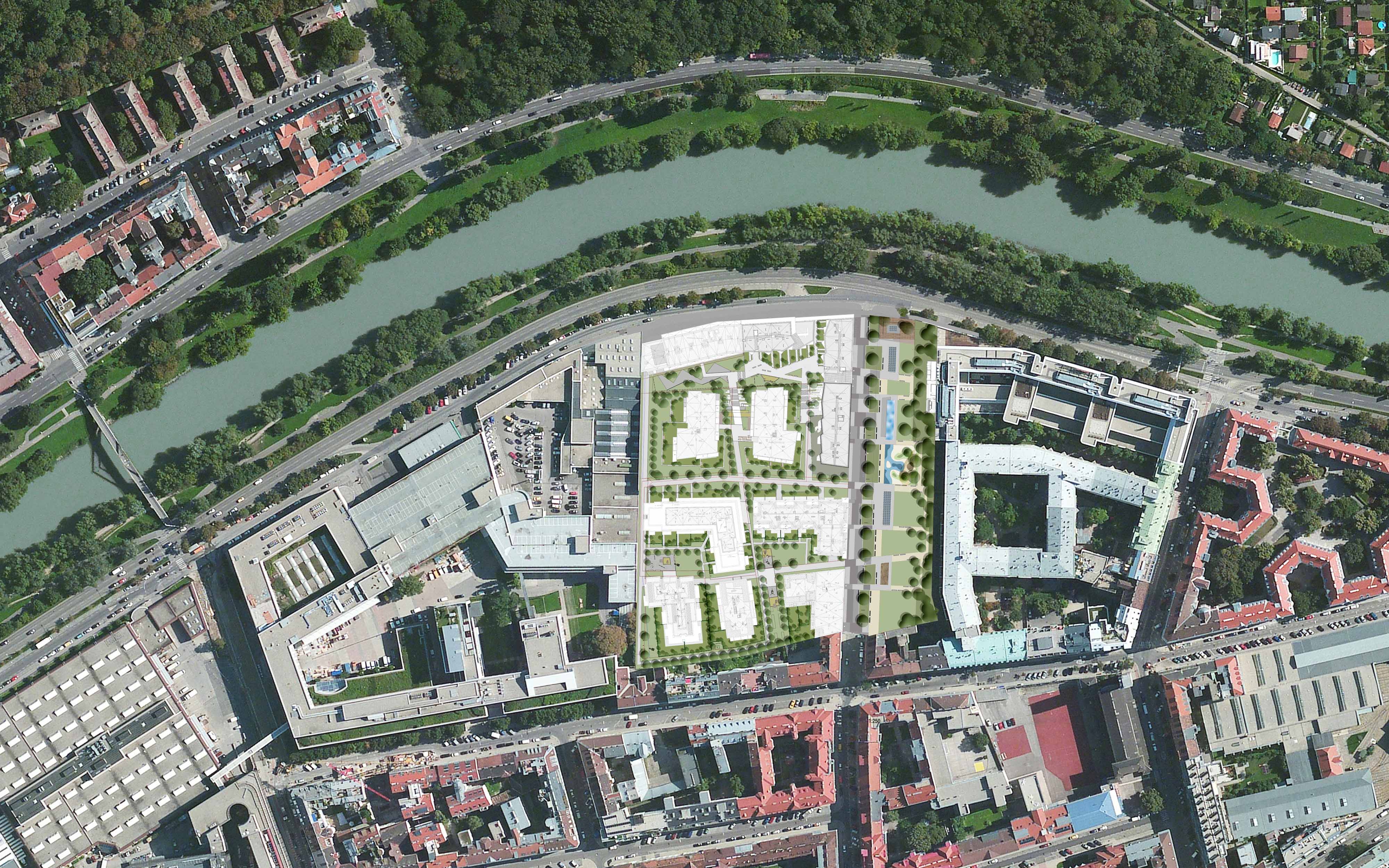 The Leonie Rysanek Park is part of a new urban quarter in Vienna’s third district creating a green connection between the districts’ heart and commercial center and the danube channel, an important leisure backbone to both the district and the city. The conceptual setout is determined by the rich horticultural history of the immediate surroundings. Distinct viewing axis and vistas cite the districts’ history of baroque gardens, while the spatial diversification is derived from the fact that the area is still very much used as argricultural backyard and vegetable garden of the city. 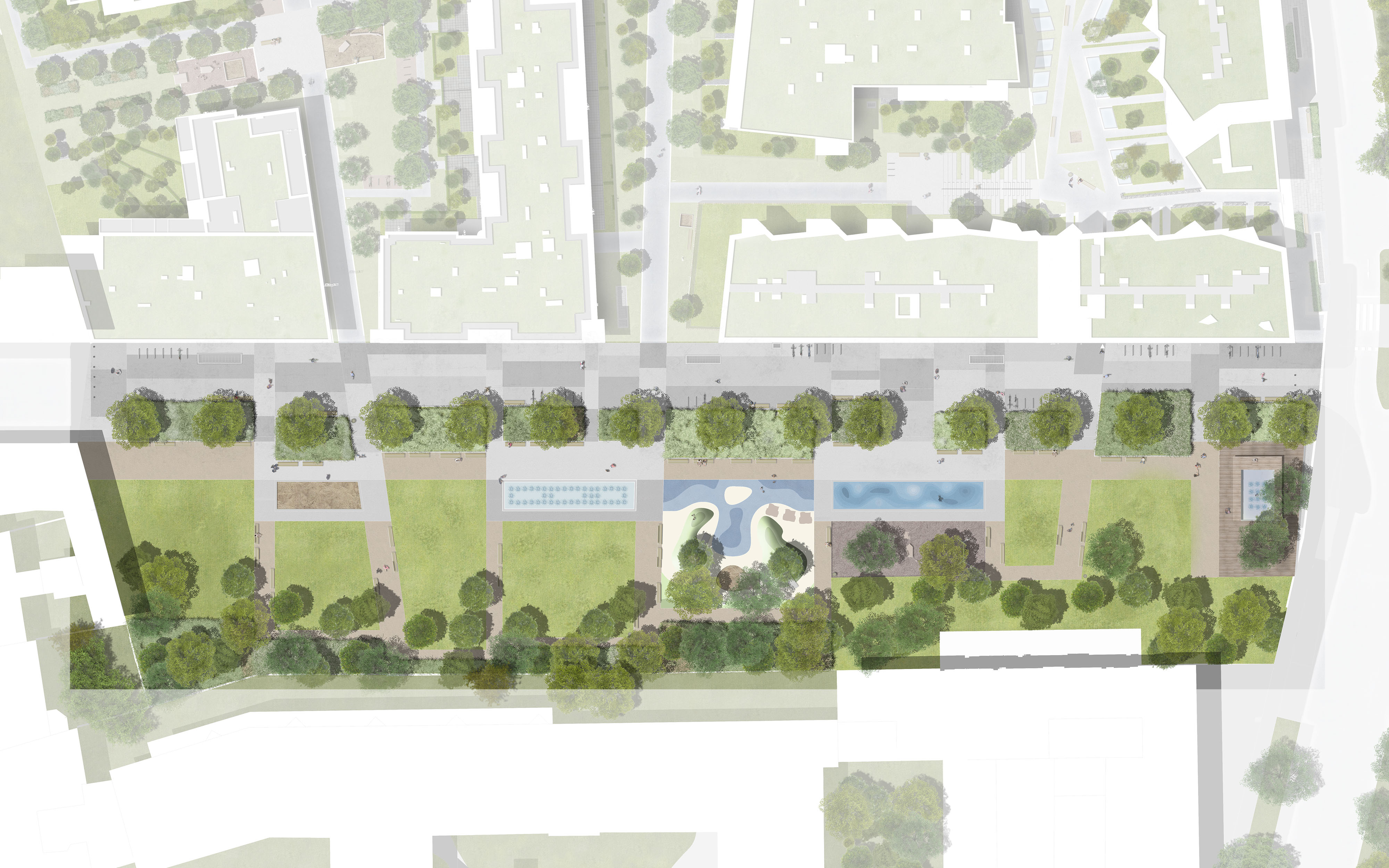 Following a typical crossection of the elongated footprint of the park, a generous urban plaza, holding no motorized traffic, stretches along the building edges of the new quarter. A tree alley formaly seperates this plaza from the parkland. The chatoyant undergrowth of this alley offers shaded resting spaces on both the park side as well as the plaza side. 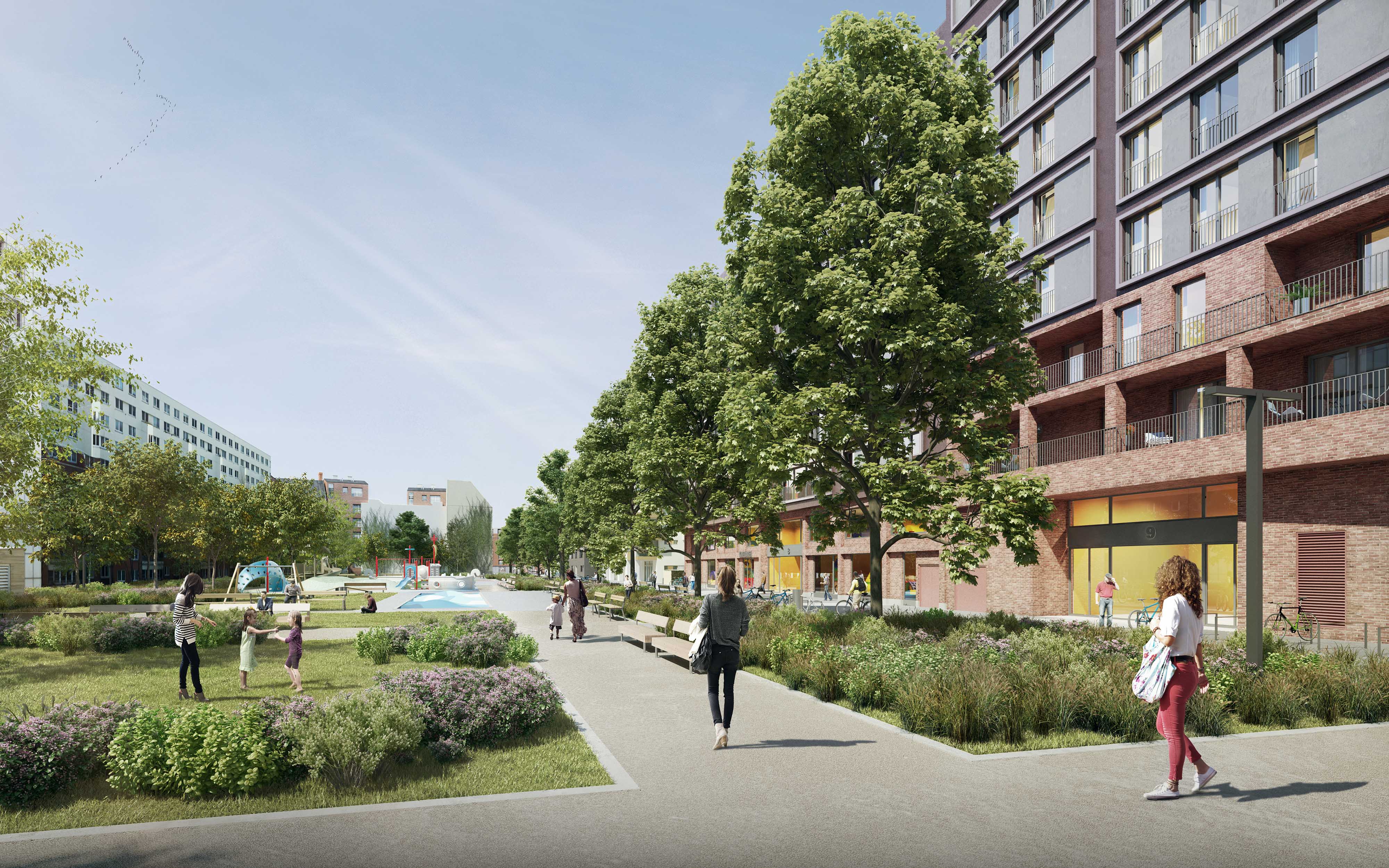 The center of the park is marked by a viewing axis linking the danube river channel to the district centre and fringed by open meadows. The eastern perimeter holds excessive tree plantings depicting a forest fringe, which acts as a natural backdrop to the scenery. 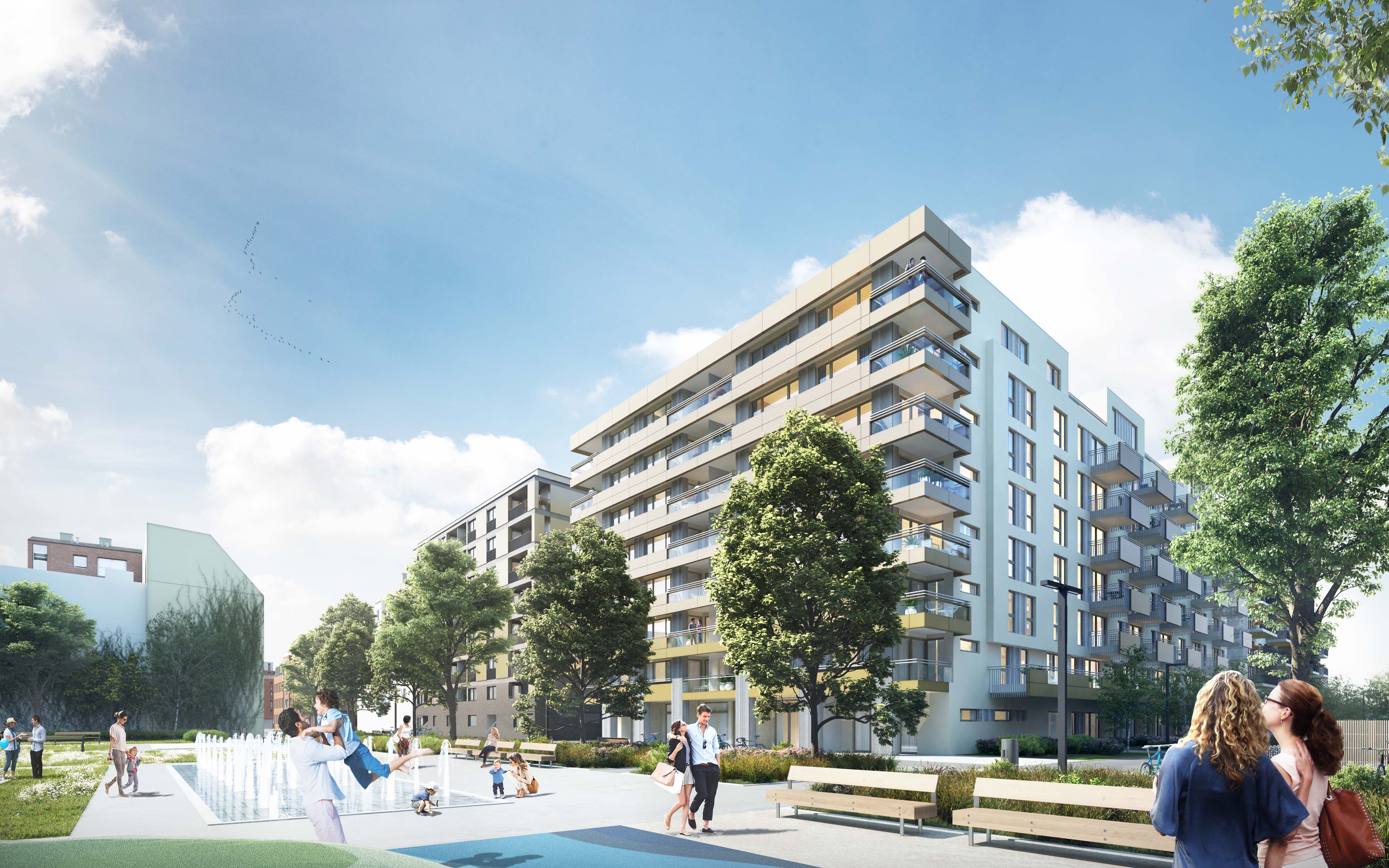 Along the viewing axis a series of  age related activities are offered. Main feature and centre piece is a water play acting as a mirroir d’eau. Areas for sand play and boule games are followed by wavy roller tracks. Conceptual backbone of all of these areas is water and its emblematic diversion from the danube river channel into the site. 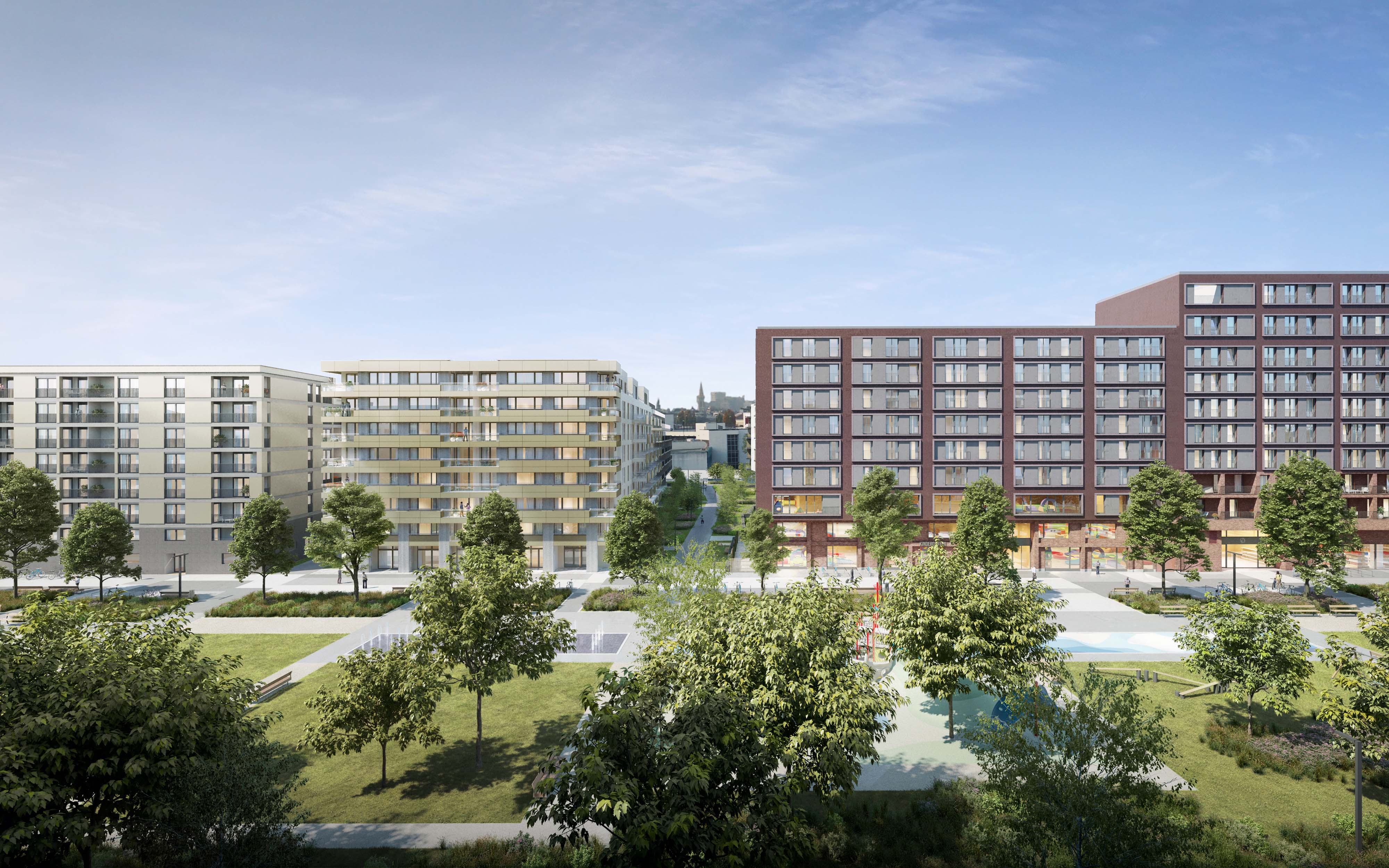 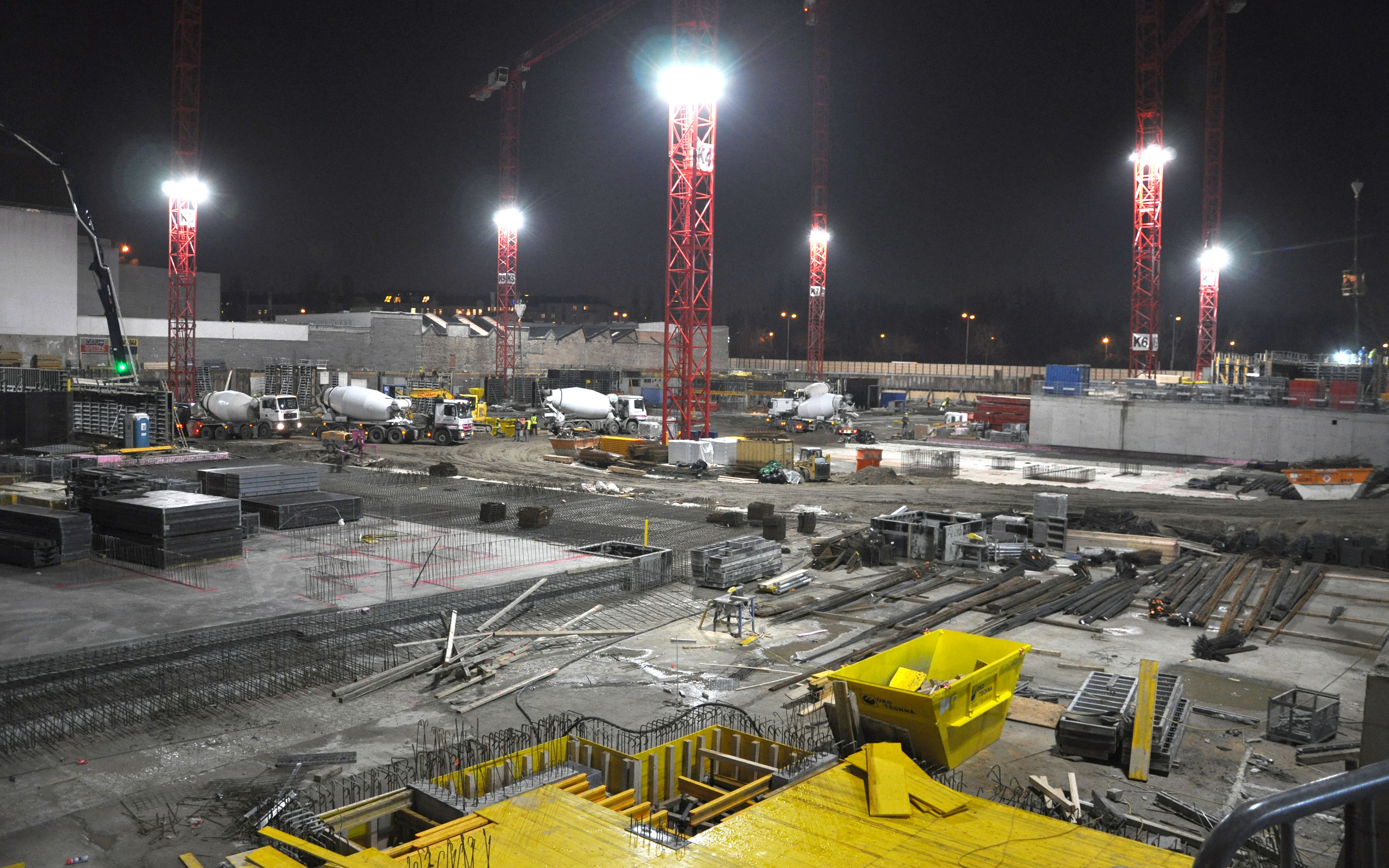 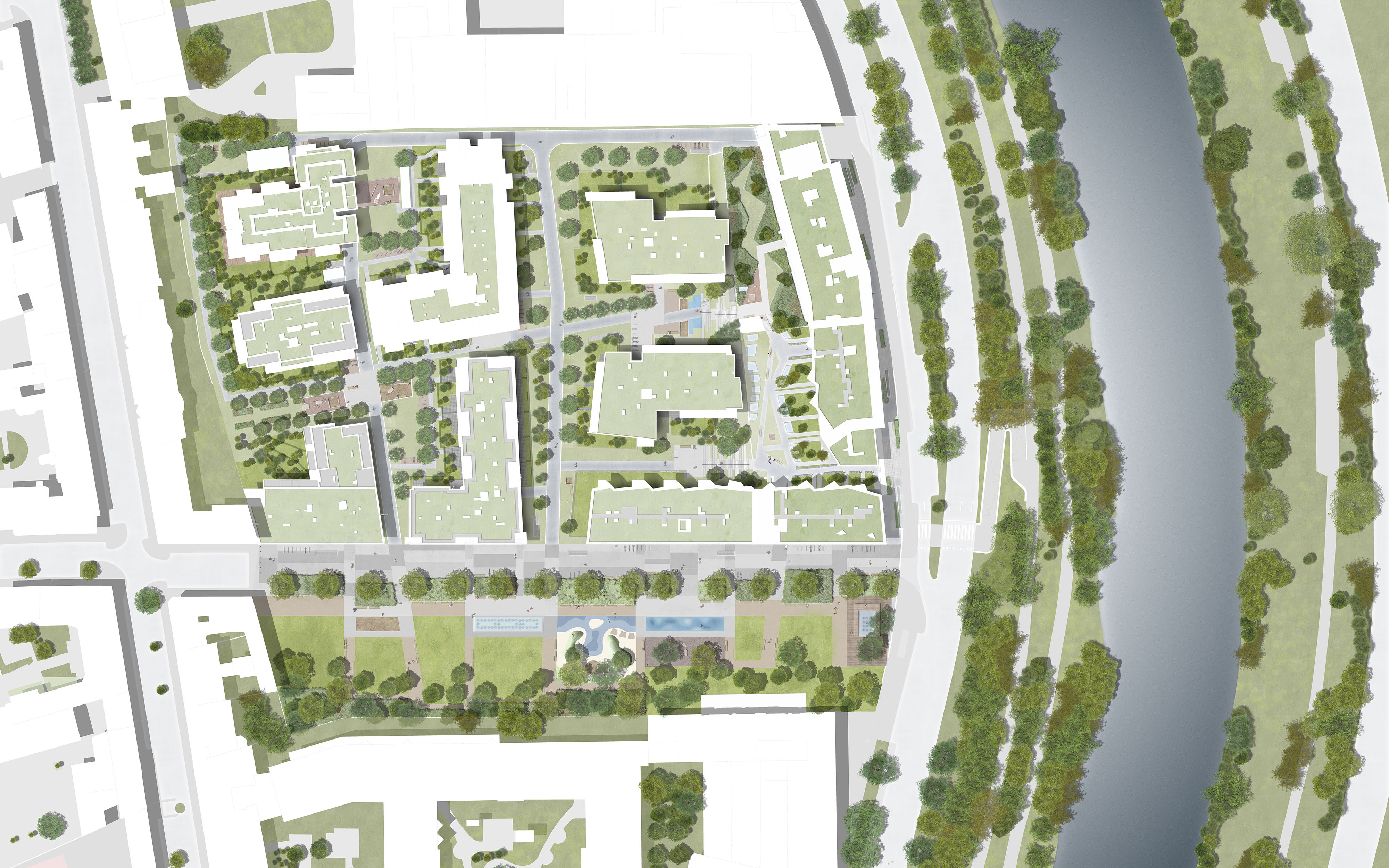