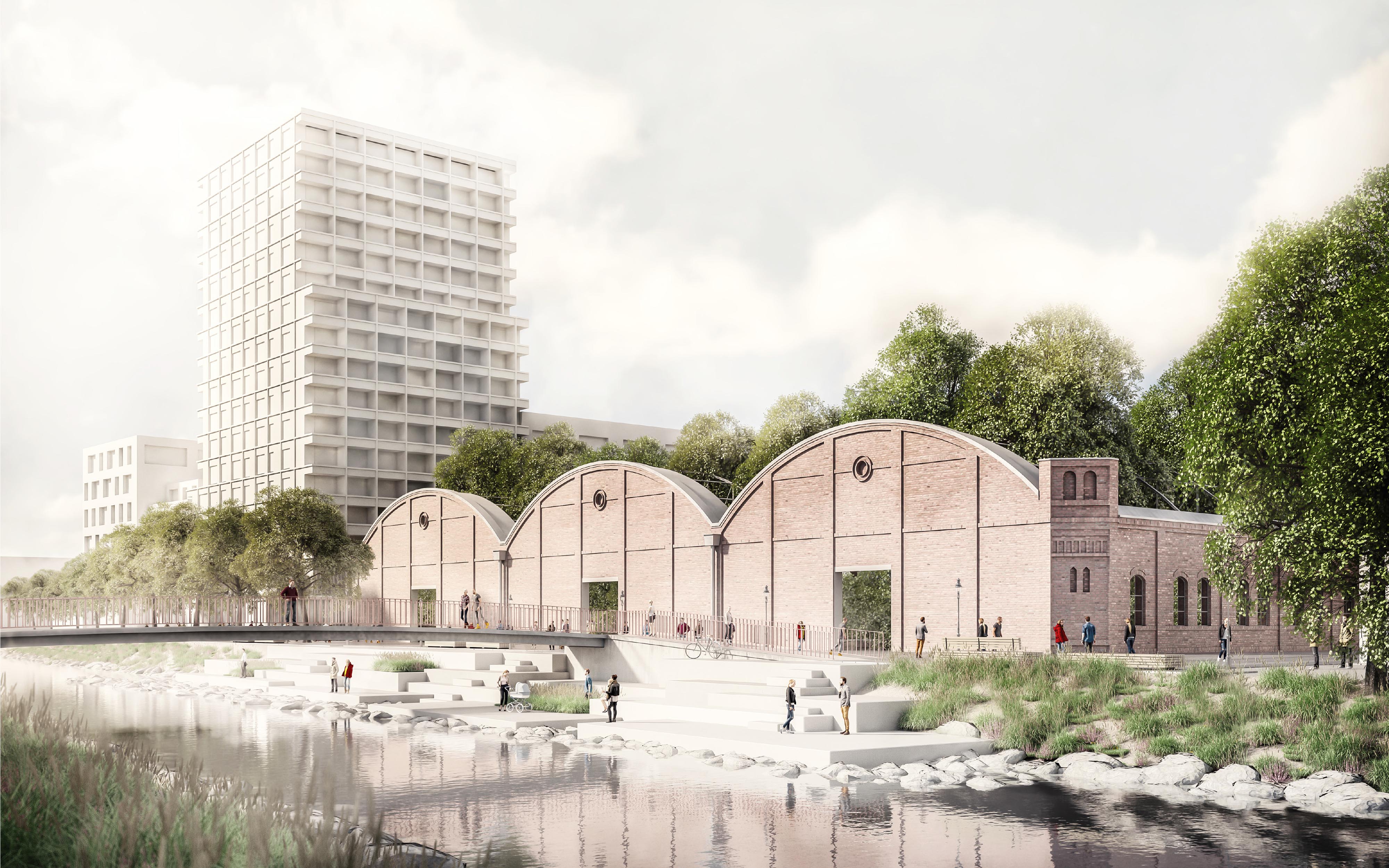 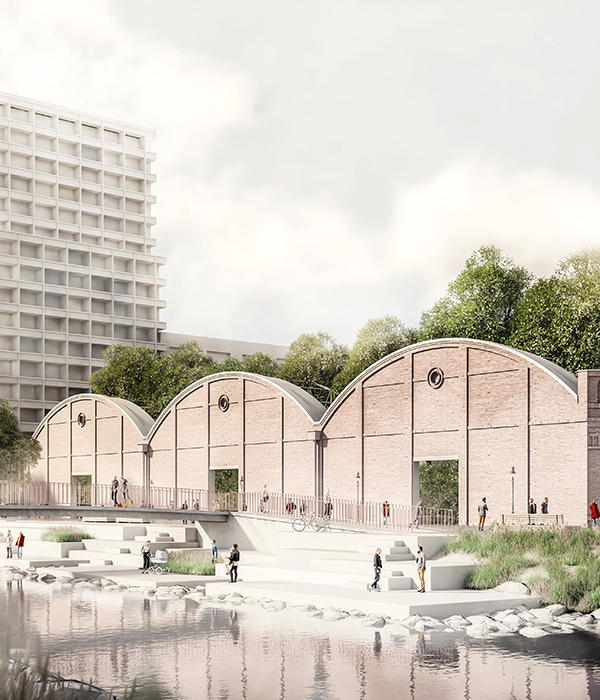 The conceptual approach is based on the natural and cultural history of Bergedorf and its agricultural surroundings the Marsch- and Vierlande. This former marshland is characterised by a drainage regime, consisting of typical linear patterns of water holding trenches.

The principles of this landscape, shaped over many centuries, are transfered into the urban context of this new quarter of Bergedorf. Both a formal and functional approach has been chosen. Linear elements and topographic differences are used to define urban spaces as well as work as a feature drainage system. Channels and trenches follow the alleys and lanes, holding and diverting water flow while creating attractive green puffer spaces towards ground floor living. 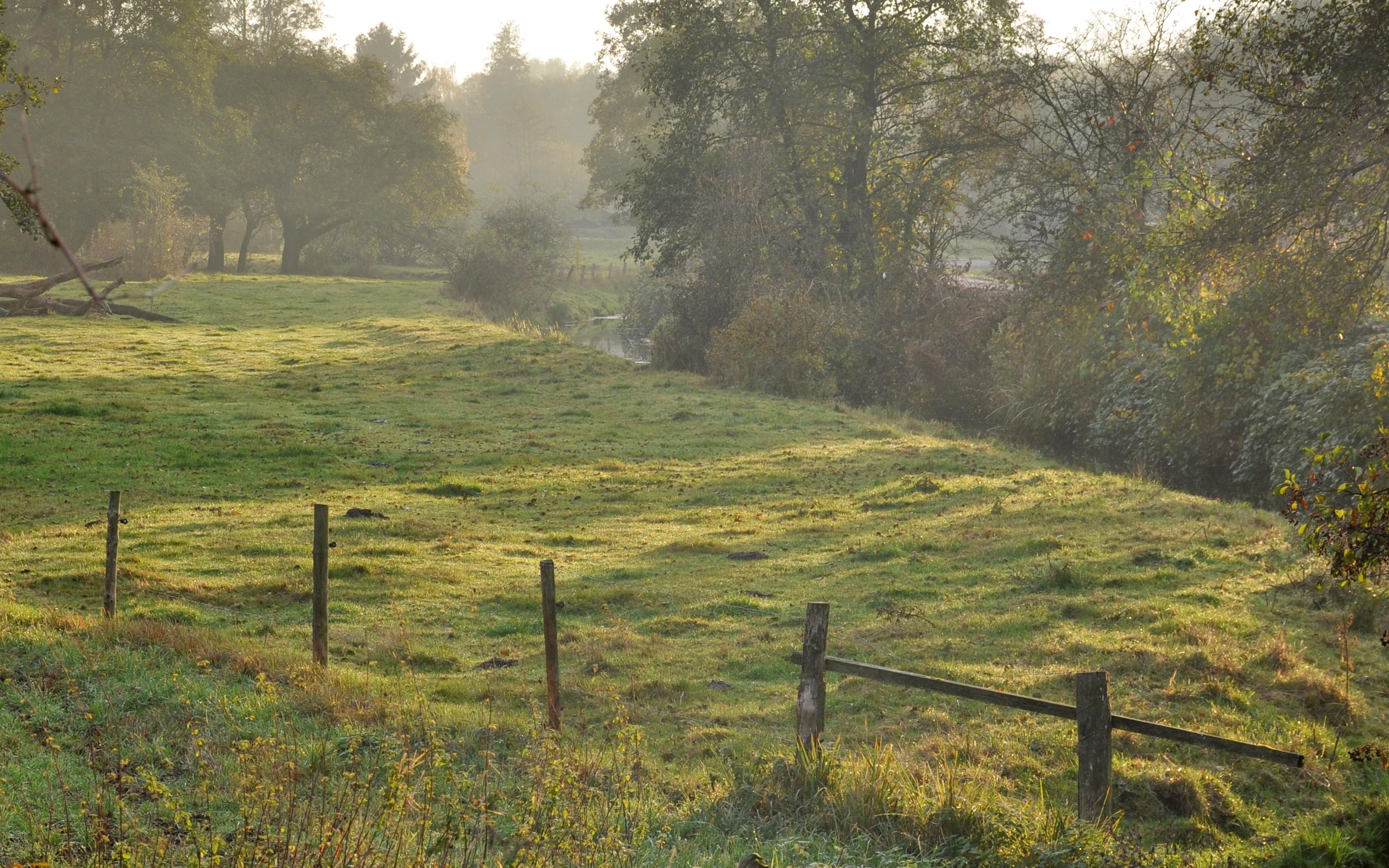 The landscape concept complements the dense architectural urban set out by differenciating between a homogenous urban fabric in public space and lush green semi-private courtyards. 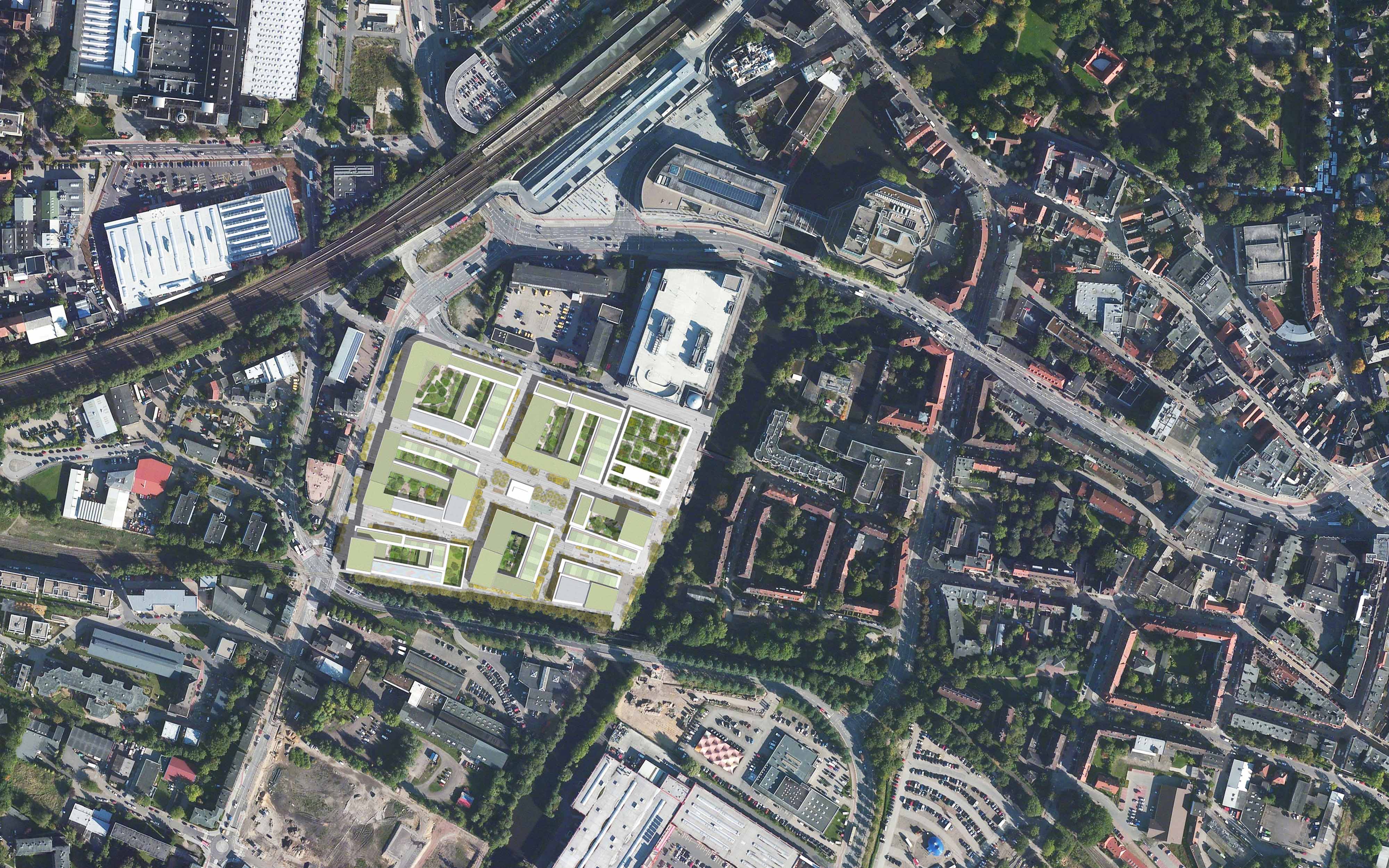 Historic architecture converted into a park

The concept of a lush “hortus conclusus” is  extended into the existing historic architecture by opening the roof of the former factory building and transforming it into a densly planted urban park. This public garden, acting as a feature landmark, not only attracts local residents but radiates into the surroundings as a unique place of interest. 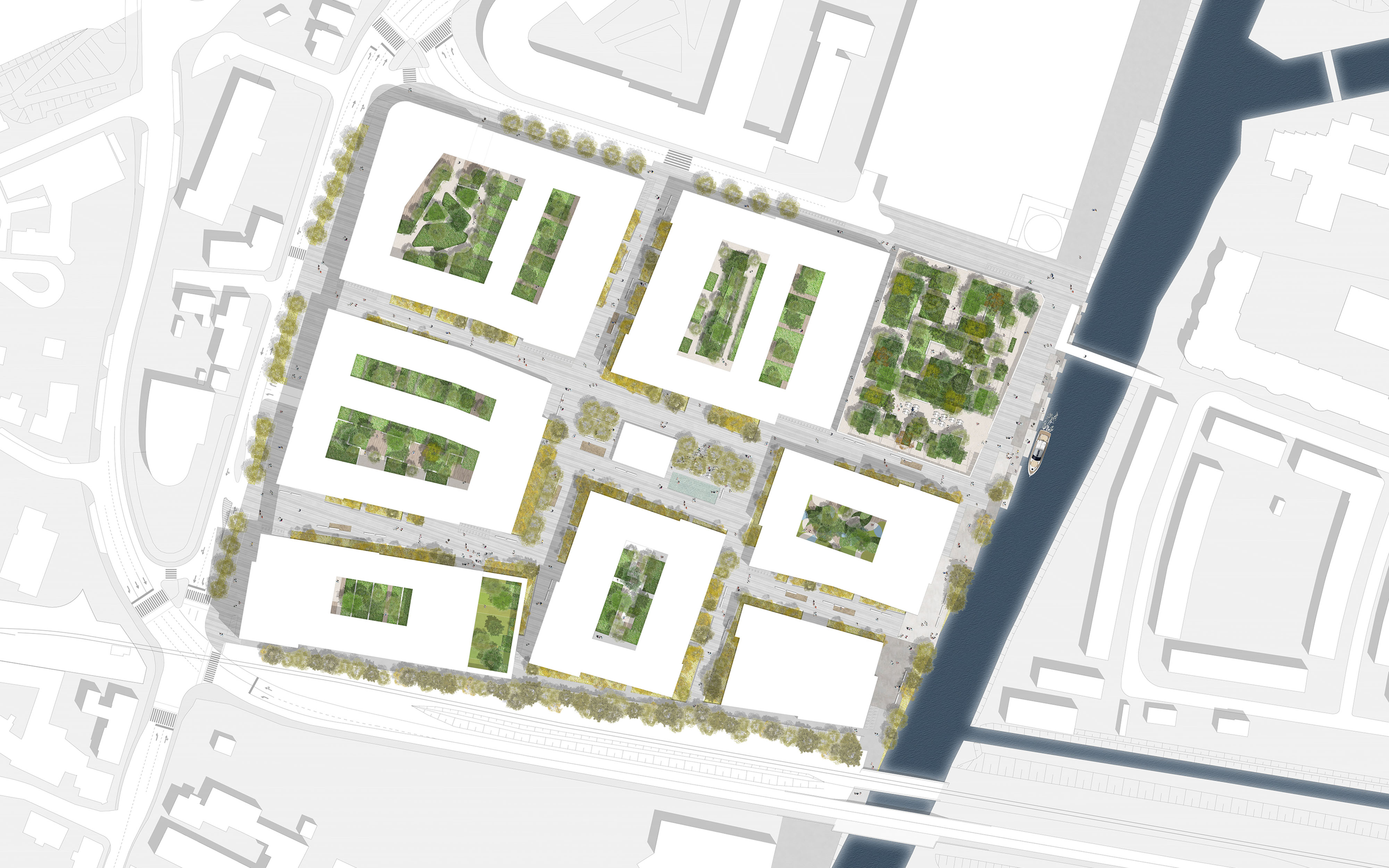 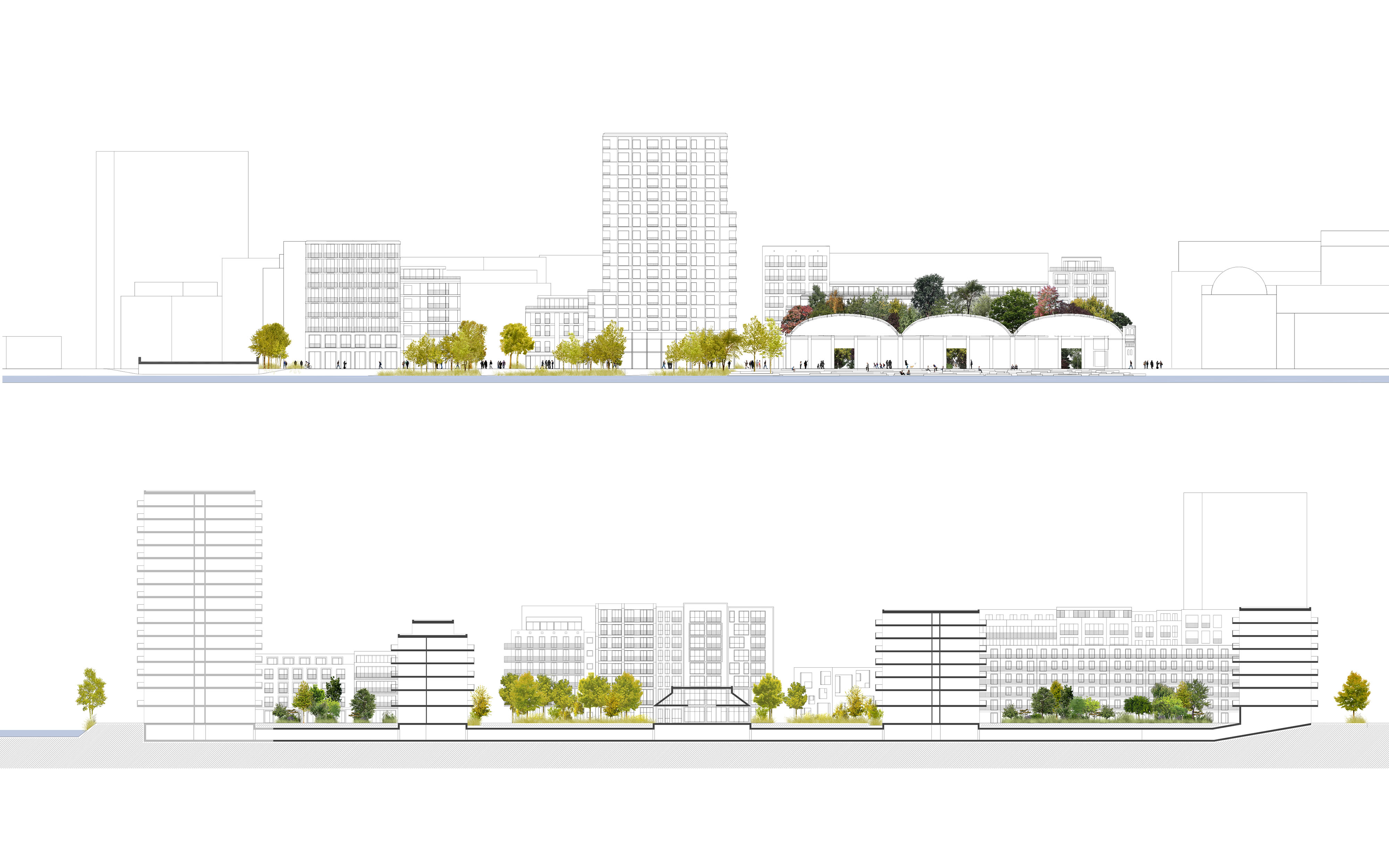 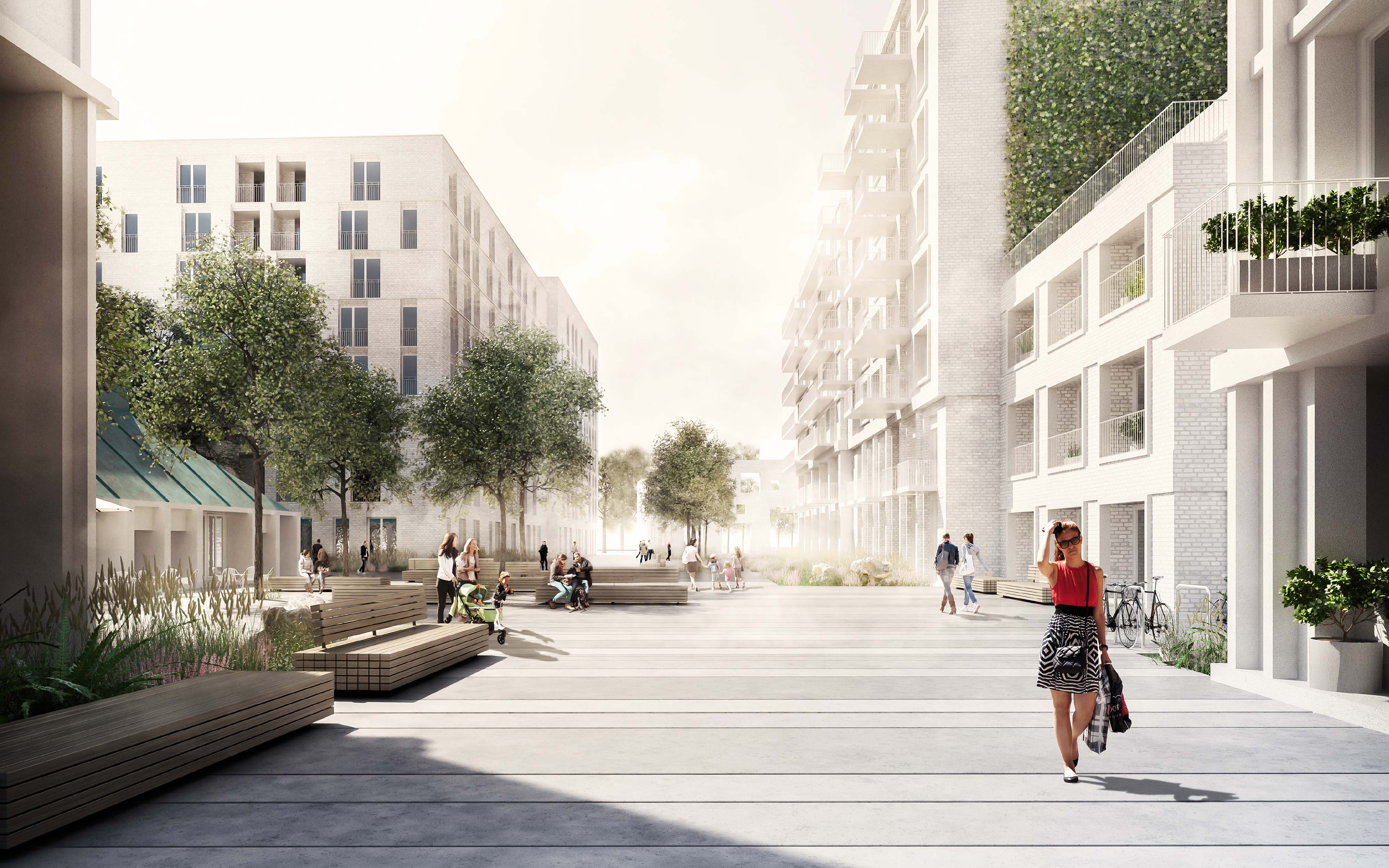