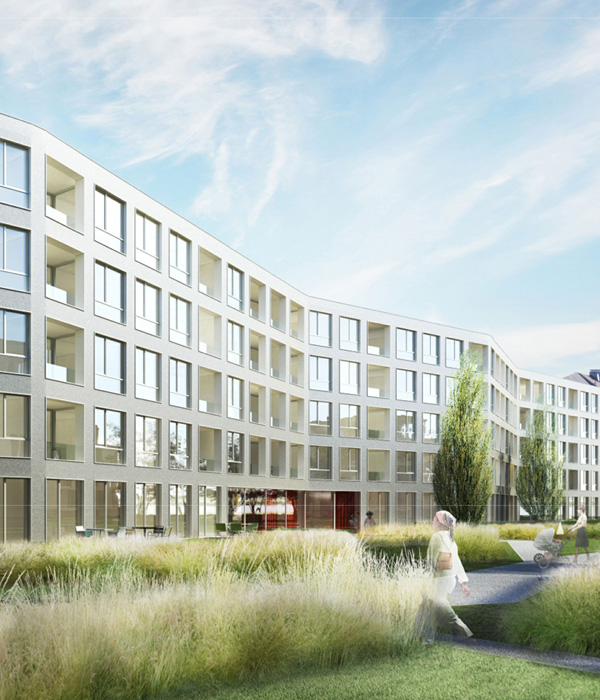 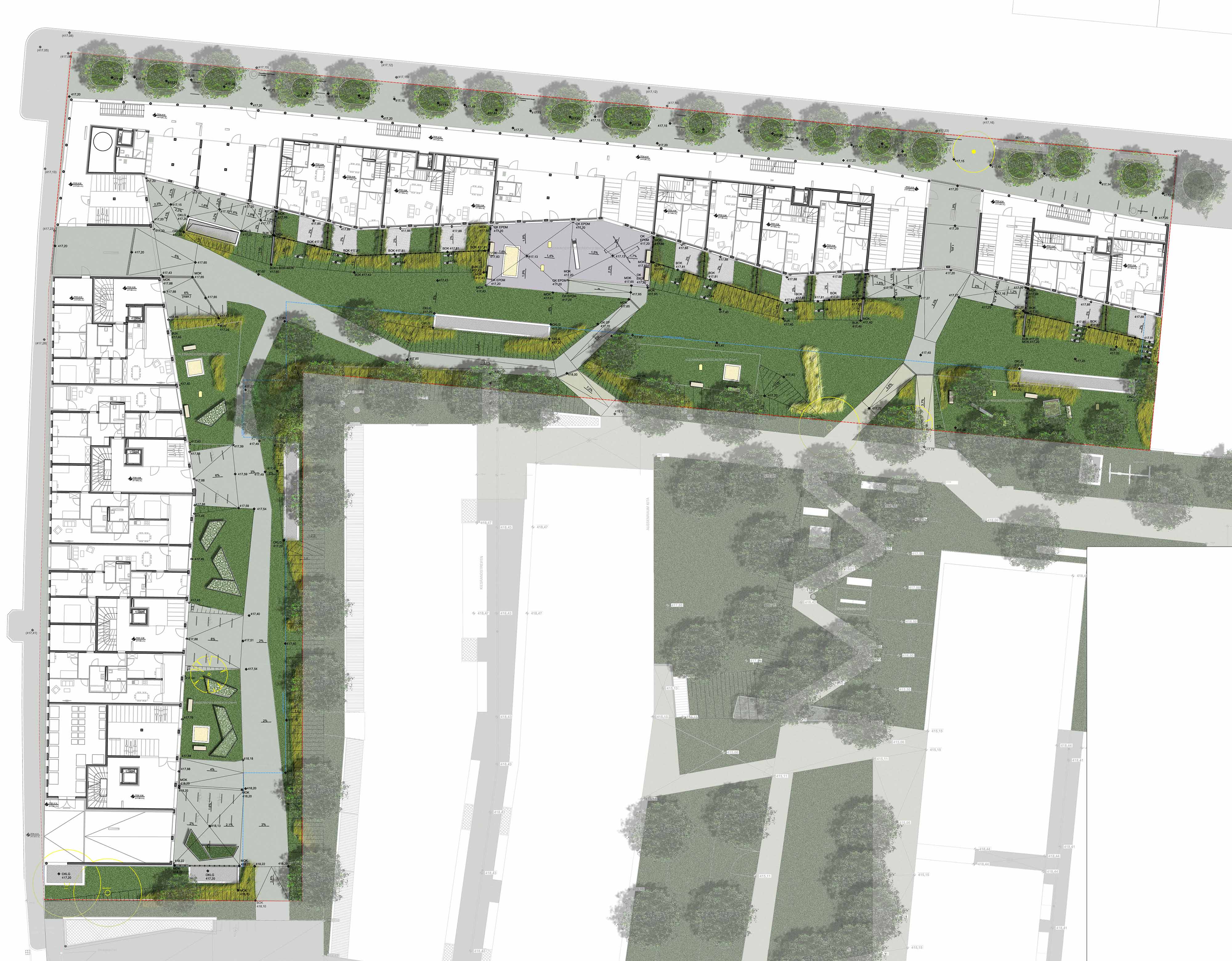 The open space concept for this housing project in Lehen, Salzburg lies in defining the space with only a few botanical and structural elemenst, creating a soft transition between public, semi-public and private zones both on site and connecting to the neighbouring property. The design embeds the site into the existing urban layout offering high permeability and a general generousity beyond property boundaries.

With subtle changes of the level the private areas (terraces along the fassade) are lifted from semi-public (playgrounds) and public areas (street and pathways). This measurement is combined with a planting concept creating buffers of grasses.

The courtyard opens up to the inside of the quarter and is structured by vegetational lines buffering between private and semi-public spaces. Along Ignaz-Harrer Street a more urban set-out and entry foyer is defined by an alley of cherry trees and seating along the footpath.