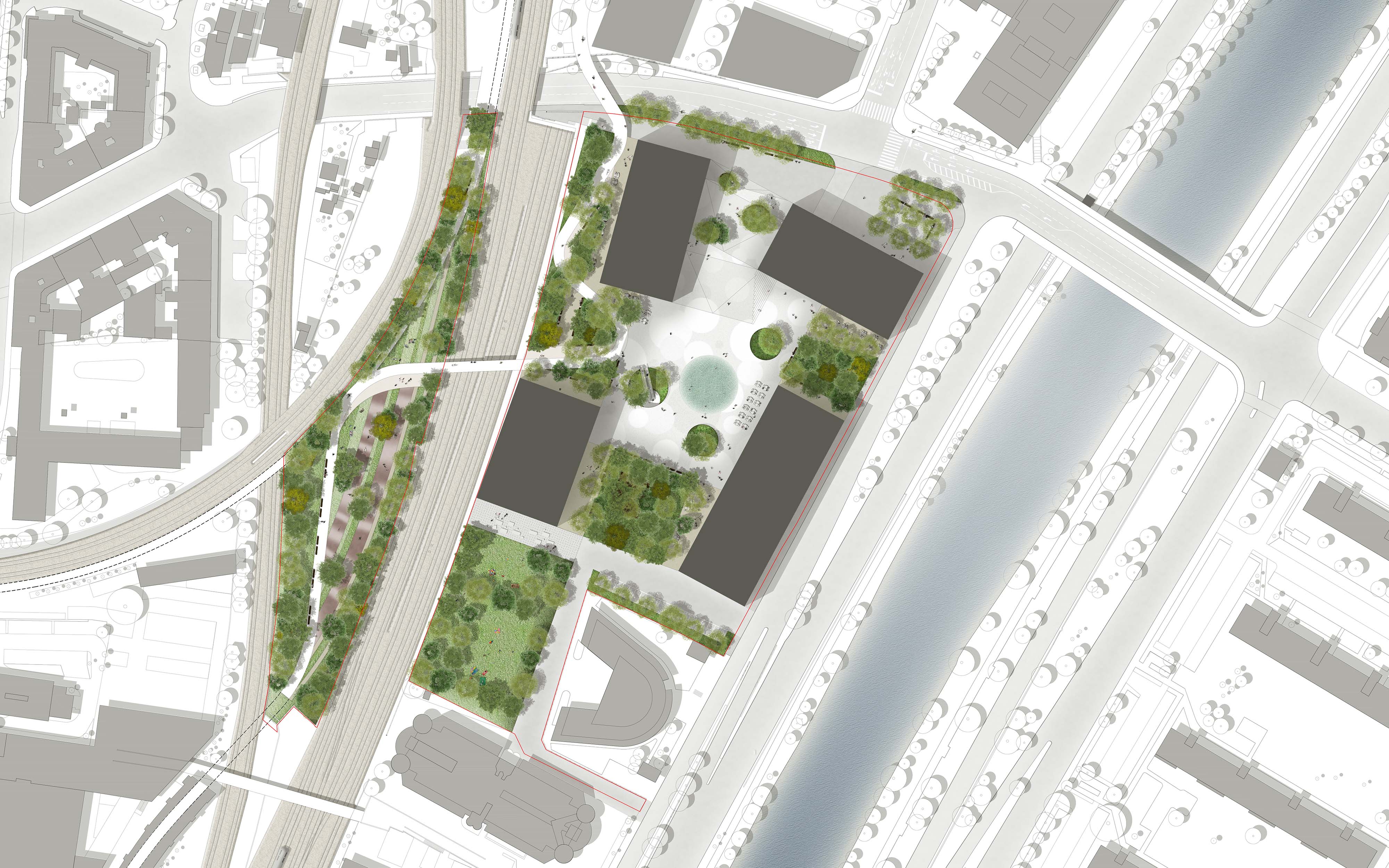 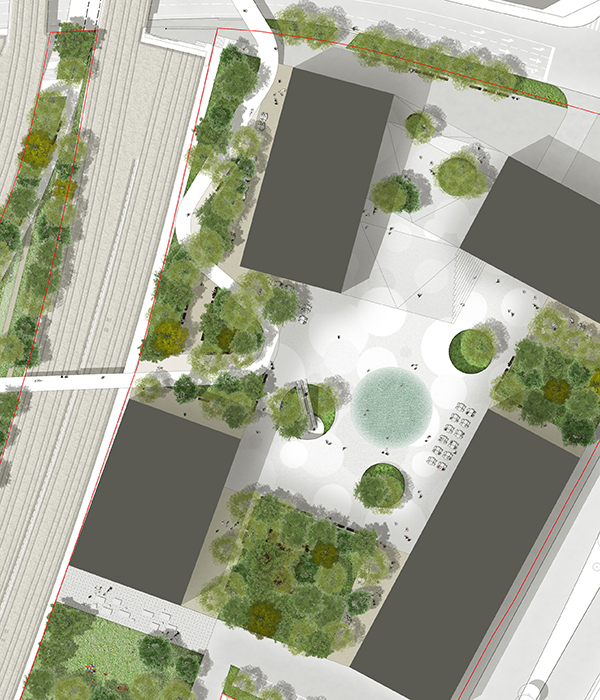 Four precisely positioned buildings are situated on a polygonal plateau. The buildings, each with a different height, are reacting to and reorganising the diverse urban context.

The mutual plateau base creates a clear segregation between the surrounding heavy urban traffic and new and quiet recreational spaces. Framed by the distinct skyline of the four buildings a new plaza is established, creating a new centre, meeting point, recreational area,… 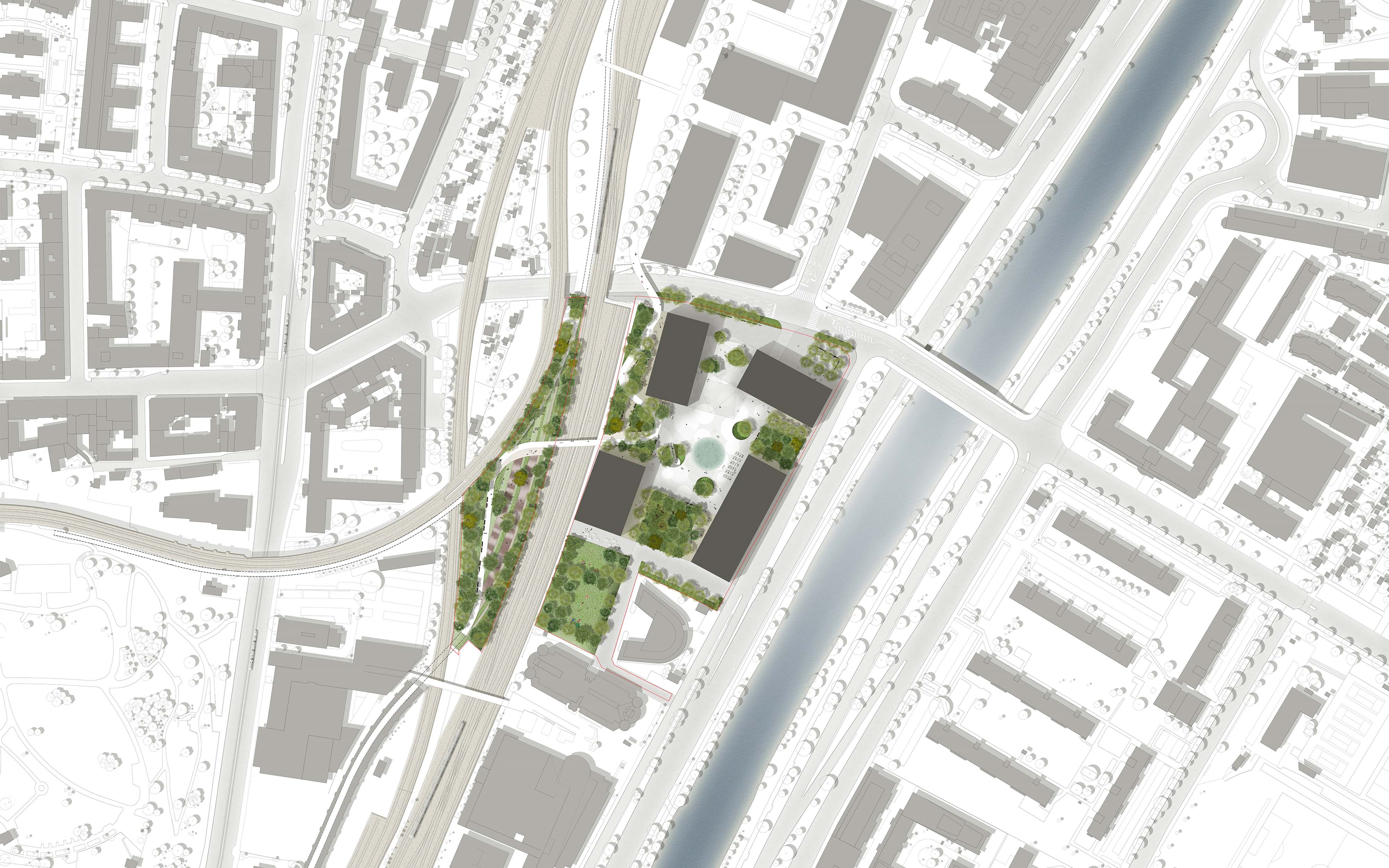 Along Gunoldstraße the buildings are set back, defining a formal entreé to the site. A generous sloping plaza connects the surroundings with the traffic free plateau.

Part of the development is a green triangular site encompassed by rail tracks. This currently unused and unaccesable area will be transormed into a public park. A meandering footpath defines the formal backbone of this park and acts as a pivot point to neighboring urban quarters and the new plaza.